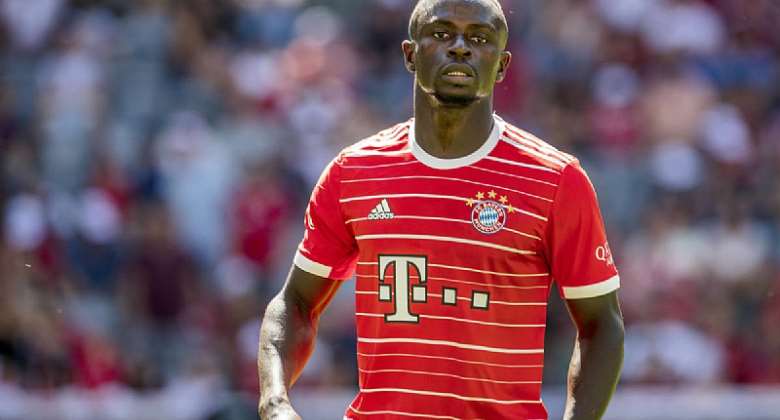 Sadio Mane says he first told Liverpool of his desire to leave the Premier League club last year, explaining that wanted to test himself elsewhere.

Just crowned Africa's men's Player of the Year for a second time, the 30-year-old signed a three-year deal with 32-time German champions Bayern Munich in June.

"It was last year I took my decision to leave because I need a new challenge in my life," Mane told BBC Sport Africa.

"For me, it was the right time. I spoke with the coach [Jurgen Klopp] one year ago and talked to him about my desire to leave.

"If you see my story, I came from a small town - my life was always a challenge, so I want to challenge myself all the time."

Mane comes from the small town of Bambali, which has a population of 2,000, in the southern Senegalese region of Casamance, from where he ran away in secret aged 16 to try to find a club.

On Thursday, he was acclaimed as Africa's best player for a second time, seeing off compatriot and Chelsea goalkeeper Edouard Mendy as well as former team-mate Mohamed Salah of Egypt.

Along with fellow forward Salah, Mane won a host of trophies during his time at Anfield.

"I spent eight years in the Premier League, and of course I spent six wonderful years with Liverpool and I can say we won almost everything possible," Mane added.

After 111 goals and 38 assists from his 263 appearances in the Premier League, which he first played in when joining Southampton in 2014, Mane believes he has made the right call to leave the Reds.

"It was not an easy decision but in life, you have to sometimes take decisions and so far I think it's the best decision I have taken in my career," he explained.

"I'm today at one of the best clubs in the world and I'm really, really happy to be at Bayern Munich and very excited to start this season."

Having come in to lead the line following the departure of Robert Lewandowski to Barcelona, Mane started his Bayern career in perfect fashion on Wednesday - scoring just four minutes into his debut in a 6-2 friendly win over DC United in the American capital Washington.

Since 2013, Bayern have won every German league title and lifted the Champions League twice.

Having lost in the final of European football's most prestigious club competition with Liverpool in both 2018 and 2022, Mane is keen to add to the winners' medal he won when the Reds beat Tottenham Hotspur in the 2019 final.

"When Bayern Munich came to me and I saw the project, I was so, so passionate about it," he said.

"They have big targets, because of course it's one of the best clubs in the world. I honestly want to win cups, want to win the Champions League, so if you have a team fighting for everything, it's always an easy choice."

Mane has repeatedly said that he was inspired to play football - which he would do with grapefruit and stones when footballs were not readily available in Bambali - by his hero El Hadji Diouf.

Diouf, who also played for Liverpool, was a key player as Senegal reached the Africa Cup of Nations final in 2002 before the forward then shone at that year's World Cup as the Teranga Lions stunned the planet by reaching the quarter-finals.

Yet Senegal's repeated failure to be crowned African champions was a driving force behind Mane's football ambitions, which were set in motion when he joined the Generation Foot academy in Dakar in 2009.

In February, Mane not only achieved his long-held ambition of seeing Senegal become champions but also scored the decisive spot-kick in the final against Egypt to ensure his nation lifted the trophy for the first time.

"Winning the African cup was the best trophy I have ever won in my life, because what made it even [more] special is my country had never won it before," he said, in the Moroccan capital Rabat, where he collected his Confederation of African Football award on Thursday night.

"Country success is always bigger [than club success] for sure, and I was really, really happy to win it.

"Of course, my dream is not only to win trophies with my country but all the trophies possible with my clubs - that is my target," added the man who also helped Senegal reach the World Cup and won two domestic cups with Liverpool this year.

Reflecting on the moment when the ball hit the back of the net to ensure Senegal's triumph in the Cameroonian capital Yaounde five months ago, Mane said the aftermath is still a blur.

"When I scored, I think I could not realise [the significance] because it's out of my imagination. I was just running and running, but I could not remember anything," he said.

"Like I always said, the African cup is one of the reasons why I became a football player because when I was young, I used to watch my country, only my country, when they were playing.

"So when I won it, it was so far the best moment in my life."

Having been a European and world club champion, as well as an African champion with his country, winning the World Cup with Senegal is one of the few remaining trophies he has yet to win.

The West Africans open the 2022 finals when taking on the Netherlands in November, prior to meeting host nation Qatar and Ecuador.

Despite the fact that no African nation has ever gone further than Senegal at the World Cup, with Cameroon and Ghana also reaching the last eight, Mane is happy to dream big following years of success.

"It will be very, very difficult. But like I always say, a dream is allowed for anybody and any player. So even though it's difficult, we say it's not impossible so why not give it a proper, proper, proper try?"