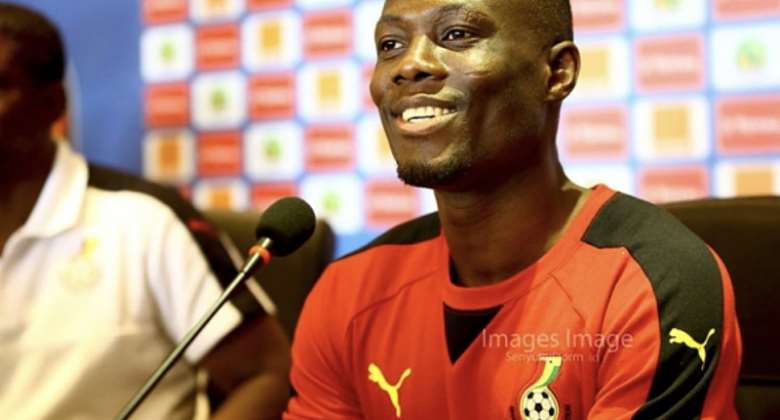 With hard work, good preparation and determination, he believes it could be possible for the Black Stars to clinch the trophy at the end of the tournament.

Despite admitting to the media at the Adjiringanor Sports Complex on Saturday, July 16 that the group (Group H: Portugal, Uruguay, and South Korea) Ghana finds itself in is a tough one, he still believes surprises are an integral part of football.

“I think our group is a very difficult one, but with very good preparation, we can forge ahead. Everything is possible, and I know when we fight well and with the kind of players that have joined the team, we can even bring home the trophy,” he noted with optimism.

The former Kumasi-based Asante Kotoko player also revealed that everyone wishes to play in the World Cup as a player.

He further asserted that they (the former players) would be there to support the team during the tournament.

“The World Cup is the biggest competition in the world, and it's every player's dream to be there. We did our best in our time, and we will be there to support them as well,” he said.

The program was organized by His Royal Majesty, Eze (Dr.) AMB Chukwudi J. Ihenetu, King of the Igbo community in Ghana, as part of their programs ahead of the EzeIgbo throne in Ghana.

Speaking about the event, he said, “I came here to have a feel about the program and also to support our Nigerian Igbo brothers to mark their 10th throne anniversary. I'm very privileged to be here as well, and I hope, just like the King said, next year Ghanaians can join them so it can keep strengthening our solidarity. I know they are also going to support us (the Black Stars) in the World Cup.”

Emmanuel Agyemang Badu made two (2) World Cup appearances for Ghana in the 2010 South Africa and the 2014 Brazil tournaments respectively. He retired after the 2017 AFCON.