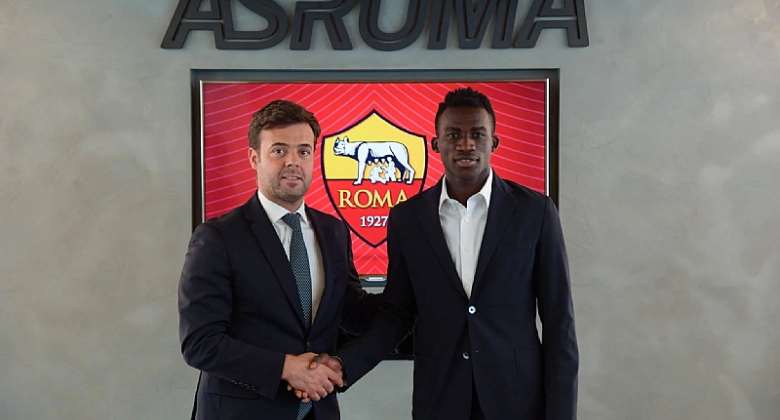 Ghana international, Felix Afena-Gyan has signed a new four-year contract with AS Roma to commit his future to the Italian Serie A side.

Last year, the talented teenager announced his presence in Europe when he climbed off the AS Roma bench to net a sensational brace in the 2-0 win against Genoa.

Impressed with the displays of the forward, AS Roma has signed Felix Afena-Gyan to a new four-year deal.

“AS Roma are pleased to announce that Felix Afena-Gyan has renewed his contract with the Club until 30 June 2026.

“Raised in the Giallorossi youth sector, Felix made his debut in the First Team on 27 October 2021 in Cagliari 1-2 Roma.

“With the Roma shirt he has made 22 appearances so far, including 3 in the first edition of the UEFA Europa Conference League,” an official club statement from AS Roma said today.

While Felix Afena-Gyan remains an important player for AS Roma, reports suggest that he could be sent out on loan to ensure he gets regular playing time to continue his development.

He has the trust of manager Jose Mourinho and is expected to enjoy minutes if he stays at Roma for the 2022/23 football season.