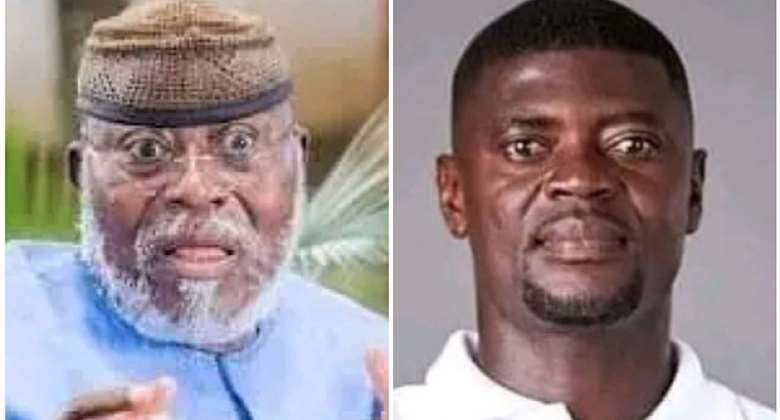 Dr. Nyaho-Nyaho Tamakloe, Board Member of Hearts of Oak has accused the head coach of the side, Samuel Boadu of losing the dressing room.

The 37-year-old trainer has come under pressure after failing to defend the Premier League despite beating Bechem United to win the FA Cup back to back.

Last week, Dr. Tamakloe speaking to Accra-based Angel FM insisted Boadu is not the right man to lead the side for their CAF Confederations Cup next season after finishing the 2021/22 Ghana Premier League on the 6th position with 48 points.

It has emerged that before the FA Cup final at the Baba Yara Stadium, there was chaos at the camp of the team.

And Dr. Tamakloe, who is a former Ghana Football Association [GFA] chairman says the former Medeama SC boss has lost the dressing room.

“We have our own brand as a club and to me, it’s a disgrace that we dropped from the top position straight to sixth,” he told Joy Sports.

“If you have a child who drops from the first position in class to sixth all of a sudden, you find out why.

“I have noticed that he [Samuel Boadu] has no control over the boys, I advised him that he should know that he is in charge of the whole thing, any blame that will come or misunderstanding in camp or wherever they are he will be held responsible.

“But it appears he doesn’t have that control over them. You talk to him, he tries to justify some things and it’s having an effect on the team," he added.

Boadu joined Hearts of Oak midway during the 2020/21 Ghana Premier League season and has lost five trophies in his year and a half stay at the club.