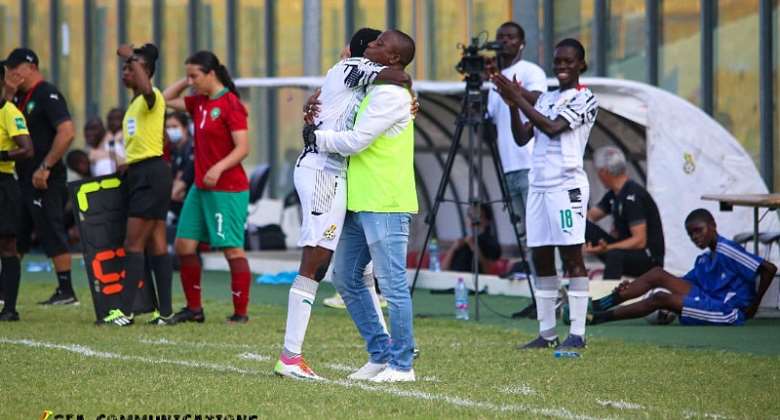 The Ghana women’s U17 female national team, the Black Maidens are set to make a record seventh appearance at the 2022 FIFA U17 FIFA Women’s World Cup tournament.

A vital win against playoff opponent Morocco on Friday afternoon has given the Maidens a good advantage ahead of the second leg meeting.

In a game played at the Accra Sports Stadium today, the Ghana team coached by Baba Nuhu controlled the match for most parts of the 90 minutes.

Goals from Stella Nyamekye and Nancy Amoah in the 18th and 65th minutes respectively propelled the Black Maidens to secure a 2-0 win.

With that advantage, Ghana needs to prepare very to avoid losing to a similar or bigger margin to the Moroccan opponent in the second leg.

That will send the Maidens to the 2022 FIFA Women’s U17 World Cup scheduled to be staged in India.

The biennial international women's youth football championship is scheduled to start on Tuesday, October 11, 2022, and will end on Sunday, October 30, 2022.