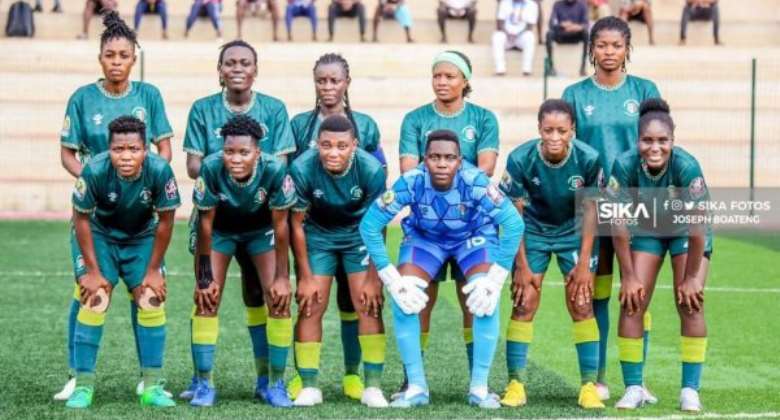 Hasaacas Ladies showed dominance over Ashtown to post a 2-0 score-line to cruise to the finals of the Women's FA Cup.

The semi-final game played at the Mcdan La Town Park on Wednesday morning saw the West Africa giants once again dominating to crush Ashtown out of the competition courtesy goals from Success Ameyaa and Veronica Appiah.

Ameyaa gave her side the lead in the 18th minutes via the spot after playmaker Doris Boaduwaa was fouled in the 18-yard box.

Whilst Hasaacas Ladies were searching for more goals, the opponent pushed to draw parity before recess.

After efforts both sides yielded no positive results, the first stanza ended 1-0 in favour of the Sekondi-based club.

It was a balanced game in the second half until Appiah doubled the lead for her side at the stroke of regulation time. Coach Yussif Basigi's substitution yielded results after Obianuju Mary went past her marker and sent a telepathy pass to the forward to calmly tap in from close range.

Hasaacas Ladies becomes the third team to progress to the finals of the Women's FA Cup twice on a trot after Ampem Darkoa Ladies and Police Ladies.

Basigi and his charges will slug it out with old foes Ampem Darkoa Ladies who eliminated Army Ladies 2-1 on Monday.

The finals would be played between 4-5 June.