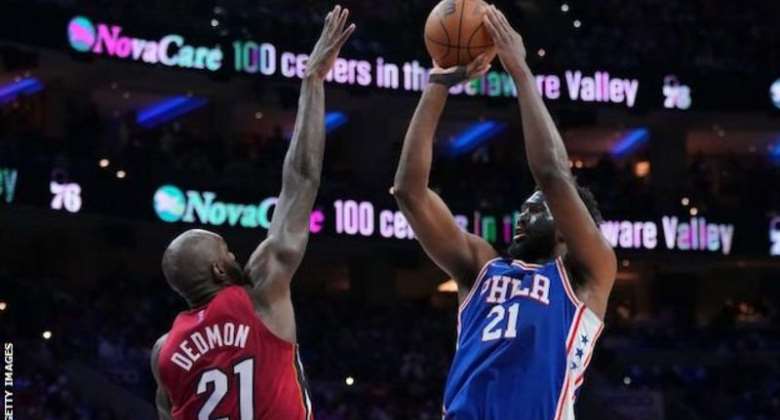 Embiid, who had a concussion and facial fracture, scored 18 points and a game-high 11 rebounds in a 99-79 victory, to trail 2-1 in the best-of-seven series.

In the Western Conference playoffs, the Dallas Mavericks ended an 11-game losing streak against the Phoenix Suns.

Jalen Brunson led the Mavericks with 28 points, while Luka Doncic narrowly missed out on a triple-double for Dallas, finishing with 26 points, 13 rebounds, and nine assists.

"We played with pace and we played defence," said Doncic. "When we get stops, we're a different team. If we play like this every game, we have a chance.

"Phoenix is an amazing team, they're the number one team. It's going to be tough to beat them any time, but we did our job."

In Philadelphia, Tyrese Maxey scored all 21 of his points in the second half with Sixers team-mate Danny Green also collecting the same total.

"I tried to push as much as I can, I'm glad that we got the win," said Embiid.

He added that he had dealt with "a bunch" of concussion symptoms during the week, and said: "I didn't think I had a lot of energy, honestly. I was really trying to really get through it and kind of just use my presence out there as a decoy."