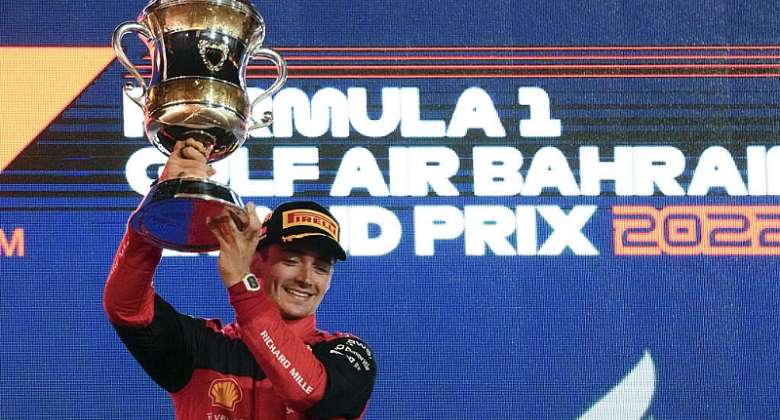 Ferrari driver Charles Leclerc urged his team to build on the stunning performances that swept him and Carlos Sainz to the top two places at the Bahrein Grand Prix on Sunday.

The 24-year-old from Monaco finished the race at the Bahrain International Circuit in Sakhir just over five seconds ahead of his teammate.

Lewis Hamitlon in a Mercedes was third. The world champion Max Verstappen was unable to finish the course after developing engine trouble three laps from the end.

"It is only the beginning, it's now time to work harder than ever to stay there ,” said Leclerc on social media.

The win was the third of Leclerc's career on the circuit and Ferrari's first since the 2019 Singapore Grand Prix.

Ferrari have not won the constructors' championship since 2008. Mercedes have effectively annexed the honour on the back of Nico Rosberg, Valtteri Bottas and Hamilton.

Leclerc notched up 25 points for his exploits on Sunday in Bahrain and also an extra point for the fastest lap during the race. Sainz gained 18 points while Hamilton - who started in fifth place - claimed 15 points.

The Formula 1 roadshow travels onto Saudi Arabia where the second event of the 23-race season takes place at the Jeddah Corniche Circuit on 27 March.