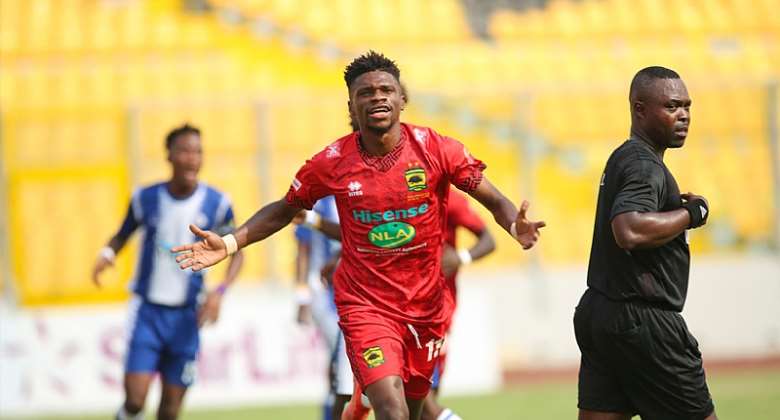 Ghanaian giants, Asante Kotoko put up a fine display on Friday afternoon to cruise to a 2-0 win against Great Olympics at the Baba Yara Sports Stadium.

The team nicknamed the Porcupine Warriors today hosted the team from Accra in a matchday 15 encounter of the ongoing 2021/22 Ghana Premier League season.

On the back of a winless run that has spanned the last five matches, Asante Kotoko have managed to make it six.

The clinical striker netted his first goal from 12 yards in the 10th minute when Asante Kotoko were awarded a penalty kick.

Later in the 34th minute, the forward fired in a shot from close range with the help of the opposing goalkeeper to complete a sensational brace.

Having managed to prevent Great Olympics from scoring, Asante Kotoko have bagged the maximum three points at the end of the contest.

The win sees the Kumasi-based club open a nine-point gap at the summit of the Ghana Premier League table.