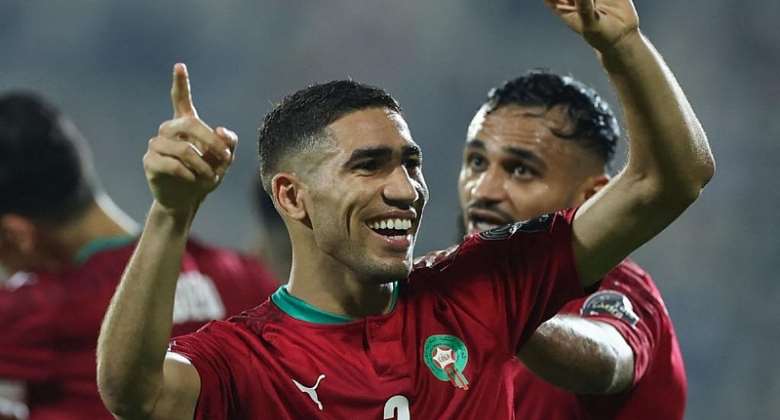 At the end of exciting games in the Round 16 of the 2021 TotalEnergies Africa Cup of Nations (AFCON) tournament, Nicholas Pepe and Achraf Hakimi are two of the standout players.

Deservedly, the Cote d’Ivoire attacking sensation and the talented Morocco defender have made it into the Round 16 Team of the ongoing Tournament in Cameroon.

Nicholas Pepe, 26, featured for the Elephants of Cote d’Ivoire last Wednesday when the side locked horns with the Pharaohs of Egypt to battle for a place in the quarter-finals of this year’s AFCON.

In a game where the Arsenal forward lasted 120 minutes, he put up an exceptional performance and netted the first penalty for his team during the shootout.

Although Egypt would eliminate Cote d’Ivoire at the end of the shootout, the standout performance of Nicholas Pepe saw him earn a top rating of 8.5. The score has given him a place in the SofaScore Team for Round 16.

The winger is joined on the team by Morocco poster boy Achraf Hakimi. The PSG man netted the winning goal for the Atlas Lions on Tuesday when the side came from behind to beat Malawi 2-1.

The goal scored from a direct free-kick complemented his exceptional performance on the matchday, seeing him finish with a high rating of 8.4

Other players that made it into the 2021 AFCON Round 16 Team include Cote d’Ivoire goalkeeper Badra Ali Sangaré, as well as Cameroon poster boy Vincent Aboubakar.

In the quarter-finals of the 2021 AFCON, these games will be played;