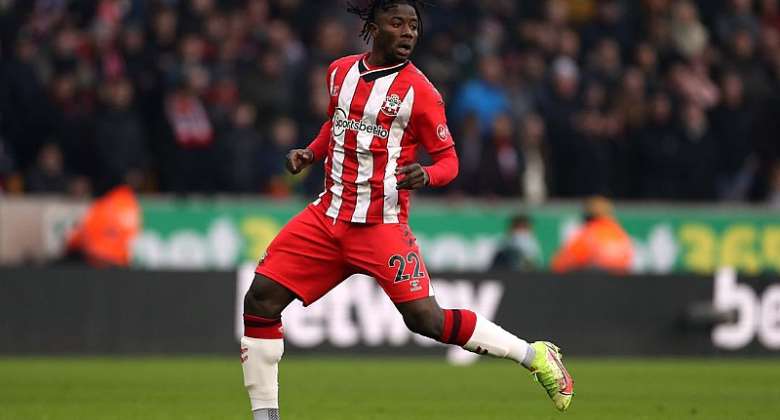 Veteran football administrator, Alhaji Grusah has opened up on how he tried to convince Mohammed Salisu to agree to play for Ghana but the defender turned him away.

The England-based defender plays his football for Southampton in the English Premier League.

Despite a slow start to life in England, Mohammed Salisu has settled in very well this season and is already regarded as one of the best centre-backs in the English top-flight league.

In the past year, the Ghana FA has made efforts to convince the player to play for the Black Stars but all efforts have failed.

As a result, the Alhaji Grusah was called on to reach out and try if he could change the mind of the player.

Opening up on a conversation he had with the player, the King Faisal bankroller has disclosed that Mohammed Salisu made it clear he has no intention to play for the Ghana national team.

“The Black Stars Chairman tasked me to speak to Salisu cos he's from Kumasi. I called his dad & he linked me to him. Salisu flatly told me to stay away from his matter. He questioned me that if he was my son, would I advise him to play for Ghana?

“I'm not the only person who has spoken to him. I know CK Akunnor went to him, he said he won't play. Even the GFA President said he found where his mother stays and went to her. I don't know what happened but the Salisu is not ready to play,” Alhaji Grunsah told Atinka FM in an interview.

The King Faisal owner continued, ‘He was angry when I called him. He insisted several times that I should stay out of the matter because he doesn't want to have any problem with me. I'm not going to involve myself in his matter again. I don't know the problem he has with the GFA but I will not call him again.”

Despite the continuous rejections, Ghanaians are hopeful that the top defender will soon agree to represent his national team.