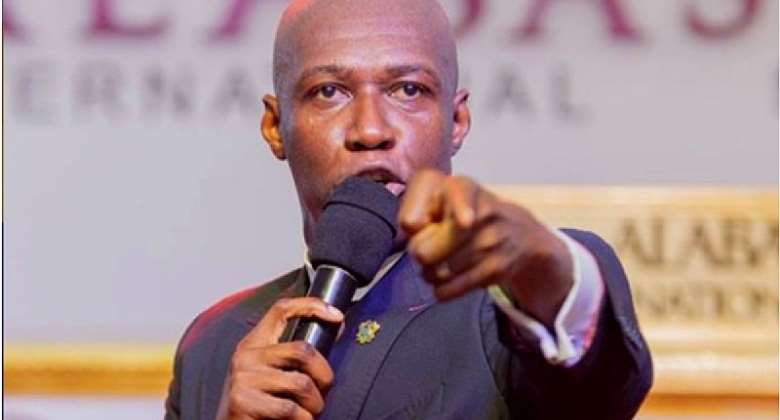 Founder of Alabaster International Ministries, Prophet Kofi Oduro has cautioned the President of the Ghana Football Association (GFA), Kurt Okraku to ensure that he returns any money given to him by the government after Black Stars exit from the ongoing 2021 Africa Cup of Nations [AFCON] if he wants to succeeds.

The Kurt Okraku led administration has been taken to the cleaners following Ghana’s disgraceful exit from the tournament.

According to Prophet Oduro, heavens have closed to the Ghana FA and the only way to receive the blessings of God is to return the remaining money given to it by the government for the AFCON.

“I’m telling Kurt Okraku and your GFA if you want blessings to come upon you," he said.

"Return the money to the state or else heaven will remain closed over you. I have told you the mind of God,” the Prophet of God added.

Ghana who were hoping to end their 40 years trophy exited the tournament at the group phase.

In a group with Morocco, Gabon and Comoros, the Black Stars finished bottom in Group C with just a point.

The Black Stars lost 1-0 to Morocco in their first game and drew 1-1 against Gabon and subsequently lost by 3-2 to Comoros in their final group game.