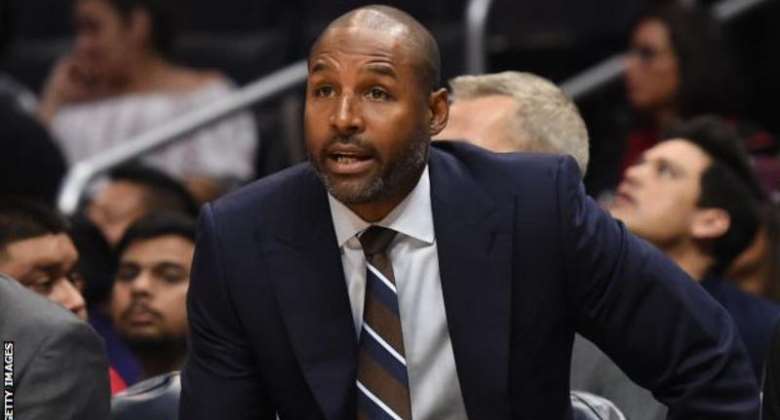 Brooklyn Nets assistant coach David Vanterpool has been fined for deflecting a pass in Wednesday's 119-118 win over the Washington Wizards.

The infringement came with the Nets up 109-103 with six minutes remaining.

Vanterpool reached out and tipped a pass, causing Washington to lose the ball and officials missed the incident.

The Wizards had used their only coach's challenge during the game and so could only play on.

Their coach Joseph Blair said: "My reaction is utter disbelief. I've never seen in my very long time in basketball something happen like that that the referees didn't see."

Brooklyn's win was one of 13 fixtures on Wednesday and the NBA followed with three more on Thursday.

The Phoenix Suns beat the Dallas Mavericks 109-101 to make it five wins in a row and stay top of the Western Conference.

The Suns outscored their rivals 35-19 in the fourth quarter and ended the Mavs' four-game winning run.

The Golden State Warriors - second in the Western Conference - went down 121-117 after overtime to the Indiana Pacers, who sit 13th in the east.

A 35-15 third quarter proved key as the New Orleans Pelicans built an unassailable lead to beat the New York Knicks 102-91.