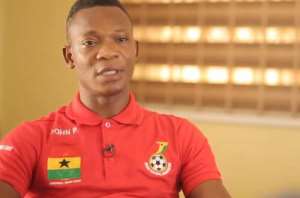 The four-time African champions who were chasing the fifth continental title recorded their worse performance at the 33rd edition of the AFCON and their first exit in the group stage since 2006 after a 3-2 defeat to Comoros.

Ghana lost in their opening game against Morocco and drew against Gabon in Group C as they finished bottom of the group with only one point.

"I still think the players did what they could as individuals. We started with a local coach, CK Akonnor, a former Black Stars captain, who was coaching the boys at the start of the qualifying stage," Paintsil told BBC Sport Africa.

"But, after their second qualifying game, he was replaced by Milovan Rajevac. I don't think Rajevac did many things wrong, but, as a team, we didn't play enough."

"He joined with only a few months to go until he tournament. It was not enough time to get his players together."

He added, "There were no friendlies, just the remaining two qualification matches and a two-week training camp before the tournament. Our preparation was not enough."

Akufo-Addo cuts sod for $90million University of Engineering...
26 minutes ago