The Endangered Species Of African Football 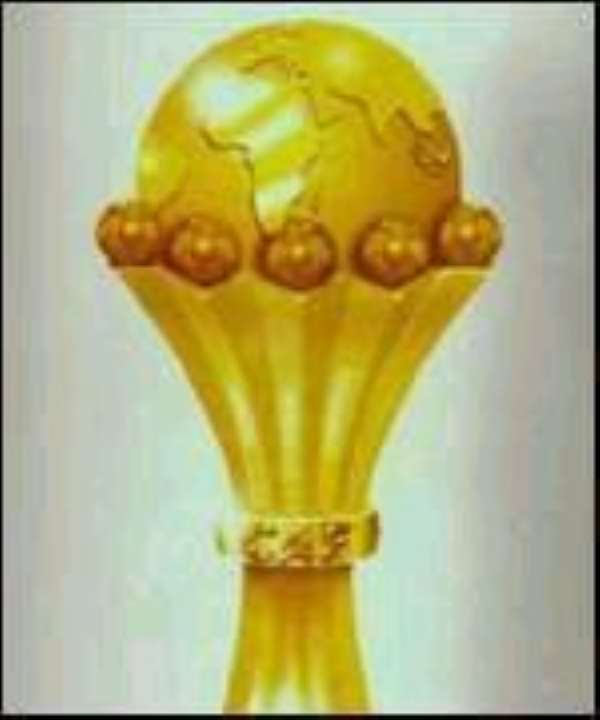 The qualification of Zimbabwe and Benin to the African Cup of Nations for the first time in Tunisia next year is an indication that small football nations in Africa are catching up with the big football countries on the continent. But the decision taken by the Confederation of African Football (CAF) and approved by FIFA to merge the 2006 Nations Cup and 2006 World Cup qualifiers is threatening to ruin small football nations throughout the continent. The thirty countries which qualified from the preliminary series have been placed in five groups of six after the World Cup draw in Germany two weeks ago. The winner of each group will qualify for the 2006 World Cup, while the top three in each group qualify for the 2006 Nations Cup. The twenty-two countries that failed to reach the crucial group stage will be without competitive international football for nearly three years, because of the decision to merge the qualifiers. Some of the fine football nations affected by this decision are Burundi, Tanzania, Mozambique, Madagascar, Sierra Leone and the Gambia. Issa Hayatou the president of CAF defended the move in an interview with the BBC saying: “I don't see why people should complain because there is nothing wrong with the new system.”

Suleiman Habuba the spokesman for CAF told GHANAWEB, “the decision was taken in good faith with the intention of stemming problems of the release of players by European team for qualifiers and also to ensure that we fall in line with the FIFA calendar.”

But Ismail Bhamjee a member of CAF executive committee who played an active role in devising the current qualifying format disagreed with Hayatou admitting that it was a blunder. He told the BBC “We did not foresee this problem (when we devised the joint qualifying system), that is what I think.” “We have made a mistake, I must admit" said Bhamjee who is also the Chairman of Council of Southern Africa Football Associations (COSAFA).

The national team coach of Seychelles, which has also been affected, has strongly criticized the decision. Michael Nees told the BBC: "It's like they just want to cut the number of teams in order to have a comfortable [qualifying] competition." "To me, this decision [of CAF] is like a parent giving away one of his children, so that he lives a comfortable life", Nees said.

When contacted by GHANAWEB on the danger faced by the countries who could not qualify beyond the preliminary series, FIFA distanced itself from the decision by saying “this procedure was taken by way of a decision by CAF.”

When this reporter reminded FIFA of responsibility in the decision since it has been used as a system for qualification for the World Cup, it said “national associations complained of not being able to finance two qualification campaigns.”

Nicolas Maingot a spokesman for FIFA added: “with so many qualifying matches in the former format, national associations would have maybe not called up the same group of players for each game, thus risking a distortion of both competitions”

Maingot concurred with Habuba on the issue of the international football calendar. He explained that “there were not enough dates in the FIFA Coordinated International Match Calendar, which is of paramount importance for the harmony between national associations and clubs.”

African football analysts have criticized the new qualifying format fearing it will worsen the plight of small football nations on the continent.

Assane Diagne a Senegalese journalist told GHANAWEB:"3 years without competitive international football matches will alienate and further widen the gap between the big and small football nations on the continent." He said "these years of inactivity will slacken the pace of football development in the affected countries".

"These qualifying matches served as encouragement to football small countries in the past." said Sydney Musamvu a reporter with the banned Zimbabwean newspaper the "Daily News". Musamvu whose country has been regarded as a football minnow on the continent until its recent qualification for the Nations Cup added: "During the long qualifiers, the small nations learn to catch with their bigger opponents and also serves as the only opportunity for the local fans to watch the football stars from the big nations and that inspire that young players in the small countries."

Ghanaian football analyst Kurt Okraku, points out that: "putting the countries straight into groups would have been the wisest thing to do.” The sports broadcaster adds that, “even though each qualifying group could have ended with 9 or 10 teams, it could have reduced the matches from the former format and would be fair to all the nations on the continent."

This new qualifying format has brought to the fall some of the crucial issues facing African football which needs to be addressed to ensure the growth of football throughout Africa. The new qualifying system has to revised to ensure that, all nations are given equal chances of participation in qualifiers so that countries that will not be isolated after loosing their first group of matches.

It seems that CAF is bending backwards over, to please European football clubs on the issue of the release of African footballers to play for their national teams. If FIFA enforces the International Calendar throughout the world the issue of player release which has partly caused the devising of this new qualifying format will be solved.

FIFA has to rethink the growing number of international matches on the football calendar as countries are now faced with long and tortuous qualifiers for the Olympic Games, continental competitions and the World Cup.

Until the decision is reversed, the affected countries should be helped by FIFA and CAF to participate in tournaments of countries throughout the world, which have failed to qualify for the World Cup qualifiers.

The issue of the ineptitude of the bigwigs of the various Football Associations on the continent is another issue. On the issue of the new qualifying format, majority of them failed to respond to the offer of sending their proposals on the issue before the decision was taken. Their inputs could have averted this problem. If Football Associations participate fully in the events and issues affecting CAF, they can also help in solving some of the problems affecting football on the continent.