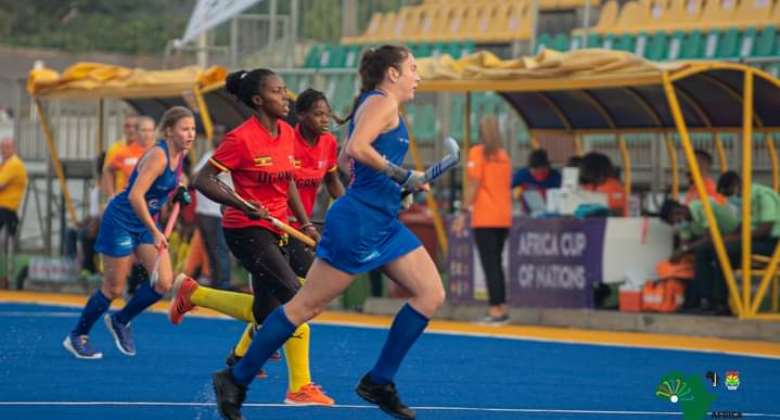 Namibia's National Women's hockey team stunned their Ugandan opponents in the opening game of the 2022 Hockey Africa Cup, beating them 3-0 at the Theodosia Okoh Hockey Stadium in ACCRA, Ghana.

The tournament which is the 8th edition has 7 countries joining host Ghana for the one-week tournament.

Debutant Uganda dominated the first two quarters with three penalty corners but could not break the virginity of the game.

Uganda could not continue their fine pressing start to the game as Namibia came into the 3rd quarter with more firepower to turn the game around, penetrating the defence of their opponents.

Their pressure paid off in the 40minute of the game when they earned a penalty corner and stroke home the opener from the resultant push to break the virginity of the game through Coetzee Anthea.

They doubled their lead from a field goal in the 42nd minute through Brinkmann.

By the 56th minute mark, the Namibians were upon three goals with Myburgh Taramarie finding the back of the goals post through a long classic drive.

In all, 8 penalty corners were recorded, Uganda had five with Namibia earning three.

Namibian Coach Richichi Francesco congratulated her team for winning their opening game while admitting that their opponents gave them a good run for their money in the first two quarters.

"Our next game is against South Africa, the defending champions. We know their pedigree in such a competition, so we will prepare very well and correct the mistakes from today's game so as to face the might of the reigning champions.