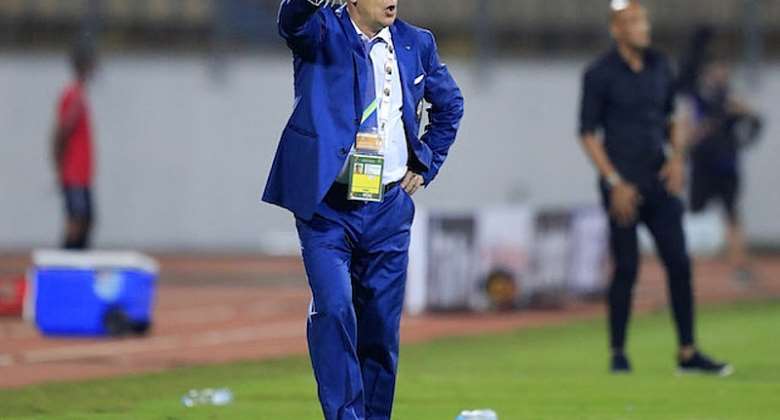 Legendary Ghana striker, Asamoah Gyan has called on the Confederation of African Football (CAF) to investigate the head coach of the Gabonese national team, Patrice Neveu.

At the tail end of the game, Andre Ayew was spotted exchanging words with Neveu.

The same incident happened when the Gabonese gaffer tried to frustrate Kofi Kyereh when Ghana was awarded a free kick.

The game got physical when both sides exchanged blows after the end of the game with Benjamin Tetteh being red-carded.

Speaking on SuperSport TV, Gyan believes the Gabonese gaffer might have said something unpleasant to Andre Ayew which triggered the chaos.

"It's a sad situation for Ghana," he said.
"I was confident of a win against Gabon but the result is like a defeat to Ghana.

"For me, the Gabon coach must be investigated by CAF because he might have said something unpleasant to Andre Ayew.

The Black Stars were held to a 1-1 draw game against Gabon on Friday night.

Ghana are with just a point and will play Comoros in their final Group C game on Tuesday.