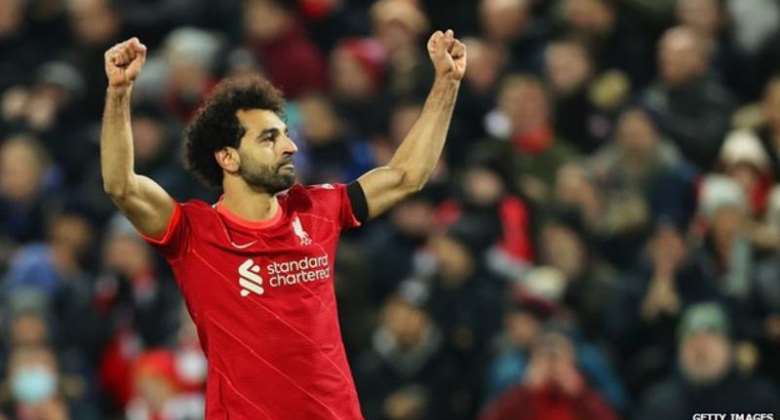 Liverpool forward Mohamed Salah has said he is not asking for "crazy stuff" in ongoing contract negotiations.

The Egypt international, who turns 30 in June and has fewer than 18 months left on his current deal, said it was up to the club to show appreciation for what he has helped them achieve.

Salah has previously stated his desire to stay with the club.

"I want to stay, but it's not in my hands. It's in their hands. I'm not asking for crazy stuff," Salah told GQ.

Salah, who has helped fire Liverpool to both Champions League and Premier League triumphs since signing in 2017, added: "The thing is, when you ask for something and they show you they can give you something, [they should] because they appreciate what you did for the club.

"I've been here for my fifth year now. I know the club very well. I love the fans. The fans love me.

"But with the administration, they have [been] told the situation. It's in their hands."

Asked whether it was an ambition to be recognised as the best player in the world, Salah, who has scored 148 times for Liverpool, said: "If you asked me if this was a drive for me to be here? Yeah, of course.

"I can't really lie and say honestly I didn't think about it. I want to be the best player in the world. But I will have a good life even if I don't win [the Ballon d'Or]. My life is OK, everything is fine."

Salah is currently on duty at the Africa Cup of Nations (Afcon) with Egypt who are set to play Nigeria at 16:00 GMT on Tuesday.