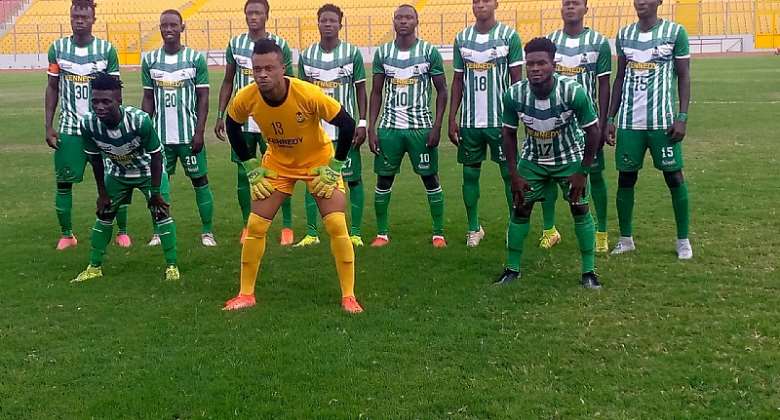 King Faisal are back on top of the Ghana Premier League table following a hard-fought 2-1 win against Bibiani Gold Stars on Sunday afternoon.

The team that has been outstanding since the start of the 2021/22 Ghanaian top-flight league today hosted the league’s newcomers at the Baba Yara Stadium to contest for points on matchday 11.

After starting the game well and dominating possessing in the early parts of the game, striker Osman Ibrahim scored in the 20th minute to shoot King Faisal into the lead.

Later in the game, talented youngster Zubairu Ibrahim equalized with a fine effort after he was assisted by Osman Ibrahim to double the lead for high-flying King Faisal.

Despite the inspiring efforts of Bibiani Gold Stars, the team only netted a consolation through Charles Kamara a minute into the second half.

It was however not enough with King Faisal holding on to record a 2-1 victory to secure the maximum three points at the end of the exhilarating contest.