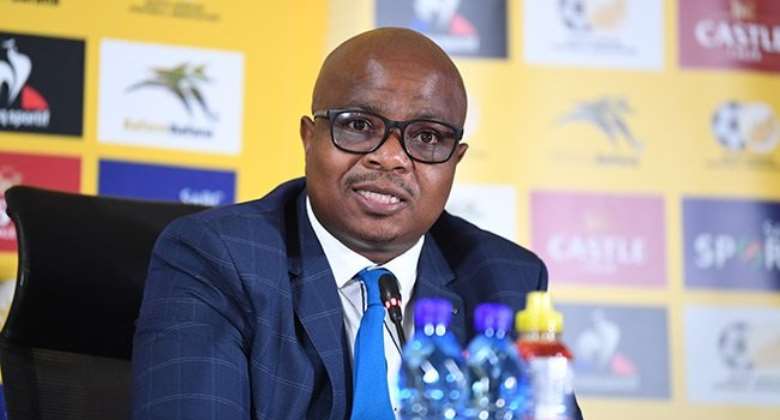 Safa CEO Tebogo Motlanthe has hinted that they would move to the Court of Arbitration for Sports (CAS) should they not be satisfied with the outcome of their appeal against the penalty Ghana were awarded in the World Cup qualifiers.

Safa immediately launched a case with the world governing body over the controversial penalty on November 14 – that was converted by Andre Ayew – in Cape Coast that ended Bafana Bafana’s dream of progressing in the qualifiers.

While stating the need for patience as Fifa considers their case, Motlanthe said they would seek CAS’s intervention should they feel the determination is not fair.

“I think as South Africans, the mistake we have made is that everyone thought the decision would be announced on November 23,” Motlanthe told Sowetan Live an anxious nation waits for Fifa’s answers.

“There are a lot of things they are dealing with. If they don’t give you a good reason, you can still go and challenge the matter with CAS. So they’d rather do their work and we give them the space.”

There have been reports that an official from Ghana travelled to Senegal and met referee N’Diaye Maguette before the actual match day.

Motlanthe said they have received a lot of information from the West African country and they are ready to disclose them to Fifa.

“There has been a lot of information that is coming from Ghana itself about a lot of things, so they are giving us information,” he added.

“Fifa said if there is information you get, you must disclose it. If not, then you are part of it. So we will wait and see, and not put pressure on them. Let them do their investigations.

“We ask everyone to remain patient.”
The Caf’s World Cup qualifiers are headed to the final round, and 10 nations are set to battle out for the five slots allocated to Africa.

Appiatse explosion: Re-construction of damaged houses to beg...
52 minutes ago