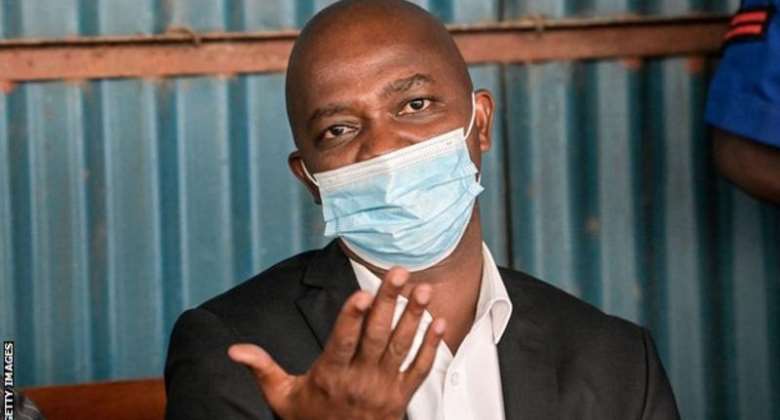 Football Kenya Federation (FKF) President Nick Mwendwa has been released on bail after being charged with four counts of fraud by the country's Directorate of Criminal Investigations (DCI).

Mwendwa has pleaded not guilty to all charges, having failed in a bid to have the case against him dismissed.

According to the police documents, the offences took place between 4 March and 31 May this year.

Mwendwa was arraigned in court in Nairobi on Monday having spent the weekend in jail after his re-arrest on Friday.

The court rejected an objection from Mwendwa's legal team that the case was unfair and that he had his rights violated during Friday's arrest.

Mwendwa, who has been head of the FKF since 2016, was released following another court appearance on Tuesday and the payment of a cash bail of 10m Kenyan shillings.

Among the terms of his bail, Mwendwa has been instructed to deposit his passport with the court and is forbidden from accessing FKF offices.

This week's court appearances come a fortnight after Mwendwa was released on bail after a previous arrest.

Last Thursday the FKF announced the case against him was over and the court returned his cash bail of 4m Kenyan shillings.

However, the Kenyan police later clarified that it was not the fraud case which had been closed.

"It was only a miscellaneous application by police to have Mwendwa remanded in police custody for a longer period of 14 days to enable completion of investigation before being charged formally," Kenyan police spokesperson Bruno Shioso told BBC Sport Africa.

It meant that the DCI continued its investigations and eventually arrested him for a second time, with Mwendwa now being formally charged with corruption.