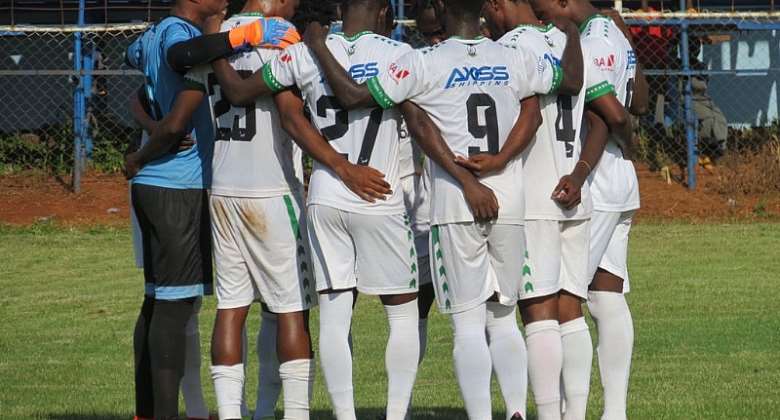 The Kumasi-based club last season had a difficult campaign but came out tops at the end of a fierce relegation battle to keep hold of their top-flight status for the 2021/2022 football season.

As part of the preparations for the new season, King Faisal in the last two months have been training very hard and playing a number of friendly matches in order to be ready for the task that is ahead.

Today at the Atonsu astroturf, the club played host to Benab FC in a final pre-season friendly match.

In a game that saw both teams put up a very good fight, King Faisal cruised to a narrow 3-2 win courtesy of a brace from Enoch Morrison and a fantastic strike from poster boy Zubairu Ibrahim.

With today’s friendly out of the way, King Faisal now turns attention to its clash against WAFA SC in the opening weekend of the 2021/2022 Ghana Premier League season.