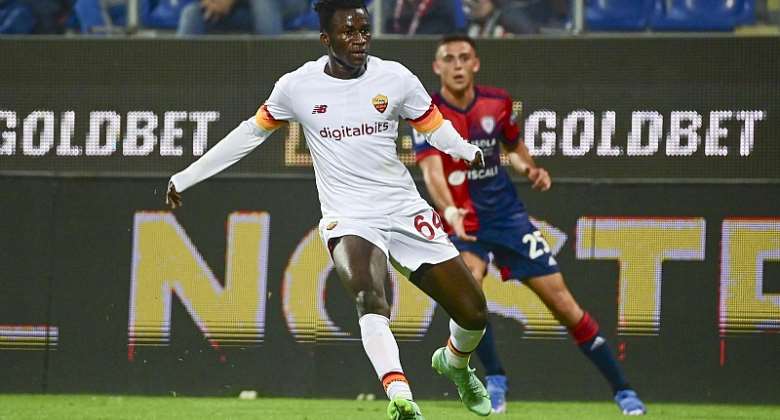 AS Roma boss, Jose Mourinho has expressed his excitement following Felix Afena-Gyan's debut for the club.

The Ghanaian youngster featured for Roma in their win over Cagliari on Wednesday night.

The 18-year-old has established himself in the Giallorossi’s second team this term.

Afena-Gyan has been scoring for Roma's lower side for fun following his move to the club.

The highly-rated teenager was handed his bow in the Italian top-flight on Wednesday — coming on for Matias Vina in the 57th minute when Roma were down by 1-0 at the Sardegna Arena.

Afena-Gyan gave a superb account of himself as goals from Roger Ibanez and Lorenzo Pellegrini saw Roma clinch a 2-1 victory.

Mourinho was clearly elated with the display of the Ghanaian wiz-kid while heaping plaudits on the team.

Roma sit 4th with 19 points after the win and will play in-form AC Milan on Sunday.

Afena-Gyan will be hoping to continue his fine form for the club when given the opportunity.