Serie A: Dybala grabs point for Juventus with late penalty against Inter 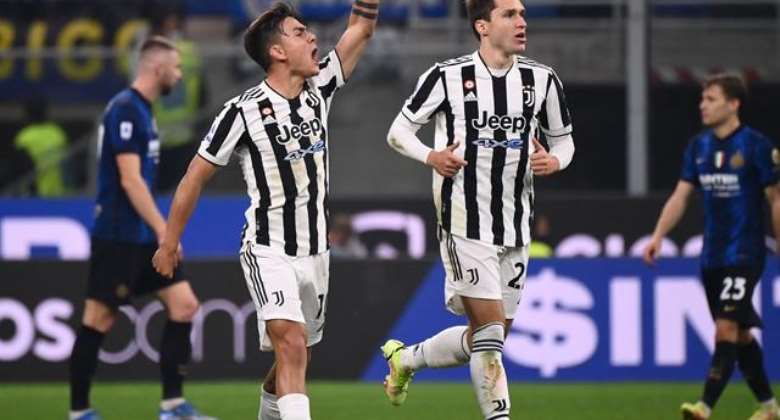 Paulo Dybala came off the bench to score an 89th-minute penalty and rescue a point for Juventus in the Derby d'Italia with Inter.

Edin Dzeko's seventh goal in just nine appearances gave the Nerazzurri a 17th-minute lead, the hosts taking full advantage of their temporary numerical advantage after Federico Bernadeschi was forced off with a shoulder injury.

Juventus responded with Alvaro Morata stinging the hands of Samir Handanovic, but apart from that, the visitors - who started Federico Chiesa on the bench - offered little in attack in the first half.

Rather than attempting to build on their momentum, however, Simone Inzaghi's retreated and dropped increasingly deep after the restart in a bid to protect their lead.

The introduction of Chiesa and Dybala off the bench after 65 minutes and gave Juventus a new impetus, and Massimiliano Allegri's decision paid dividends when Alex Sandro was awarded a controversial penalty, given after the referee re-watched the incident on the pitch-side monitor.

Inzaghi was sent off for his protestations and Dybala held his nerve to send Handanovic the wrong way and ensure the Old Lady shared a share of the spoils.

The draw leaves Inter seven points adrift of the leaders Napoli in third, while Juventus are three points further behind in sixth.