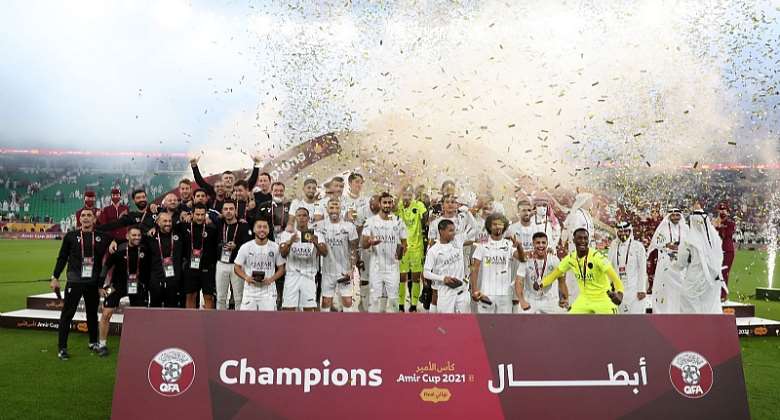 The Black Stars captain joined the Qatari giants in the summer on a free transfer shortly after he parted ways with English Championship outfit Swansea City.

In the new chapter of his career, Andre Ayew has been a revelation especially after scoring in five successive league matches for his new club.

Today at the Al Thumama Stadium in Doha, Andre Ayew played 80 minutes as Al-Sadd SC drew 1-1 at the end of regulation time against Al Rayyan in the coveted Emir Cup.

In the match, a Yacine Brahimi equalizer in the first half which shot Al Rayyan into the lead was canceled by a penalty kick converted by Santi Carzola in the second half.

With the exciting contest ending in a draw, both clubs proceeded to the penalty shootout to make a claim for the first silverware of the 2021/2022 Qatari football season.

Emerging as the sharper side in the lottery, Al-Sadd SC eventually won 5-4 on penalties to be crowned Champions of the 2021 Emir Cup.

The trophy becomes the first Andre Ayew has won since joining Al-Sadd SC.