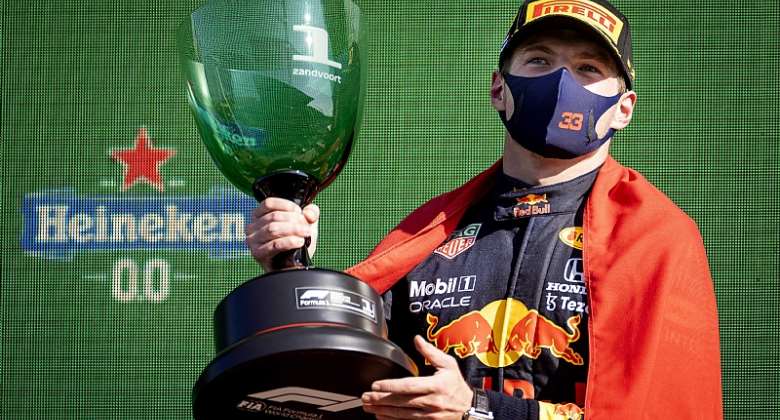 The 17th round of the 2021 Formula 1 World Championship, the United States Grand Prix, live from the Circuit of the Americas in Austin, Texas on the evening of Sunday 24 October 2021 live and exclusive to SuperSport on DStv the ultimate destination for motorsport fans.

The previous round in Turkey saw Mercedes' Valtteri Bottas claim a comfortable victory in damp conditions to solidify his hold on third place in the Drivers' Championship.

“It's been a while, it feels good,” said Bottas of his first victory of the 2021 season. “To some people, it could have looked easy, but it's far from that in these conditions. Everything went smoothly, I'm very glad, and the car really has been good in any condition. I had probably the worst race of my career last year and now one of the best.”

Yet the key results in the Drivers’ Championship were behind the Finnish winner, with Red Bull Racing-Honda’s Max Verstappen coming home in second place and rival Lewis Hamilton of Mercedes only recovering to fifth after being hit with a 10-place grid penalty for using a new engine.

This combination means Verstappen now holds a six-point lead over Hamilton at the top of the table, with six rounds of the season remaining (including this American GP). However, Red Bull boss Christian Horner is worried that the ‘Silver Arrows’ have developed their car to a point where they again hold a major advantage.

“They [Mercedes] have recently made a significant step forward with the top speed,” Horner explained. "Before, we could still keep up with them by driving with a little less wing, but now we don't even come close."

Hamilton, meanwhile, was left frustrated by a late pit call in the Turkish GP which cost him a couple of places. The seven-time World Champion felt he should have stayed out on the worn intermediate tyres to the end of the race.

“I feel like I should have stayed out," Hamilton explained. "My gut feeling was to stay out, and I feel like that's what I should have done. So I'm frustrated in myself for not following my gut.”

Mercedes boss Toto Wolff, however, backed his team's strategy - insisting that while Hamilton had a comfortable buffer to Charles Leclerc and Sergio Perez before his stop, he would have lost the positions if he had stayed out on track and maybe not even finished the race.

"We thought that we could maybe hang out there and finish third without stopping or, if a dry line appeared, maybe going to a soft tyre until the end," Wolff said. "So we balanced between pitting, taking it very conservative fighting against Leclerc and Perez on the track for P3, or taking a little bit of a gamble and either winning or finishing third. Then we saw Leclerc dropping off and Lewis was dropping off and it was clear we wouldn't make it to the end."

The United States GP has been dominated by Mercedes in the hybrid era (2014 onwards), with the ‘Silver Arrows’ claiming five wins from a possible six. Bottas was the winner in 2019, which was the last time the race was held, coming home ahead of Hamilton and Verstappen.