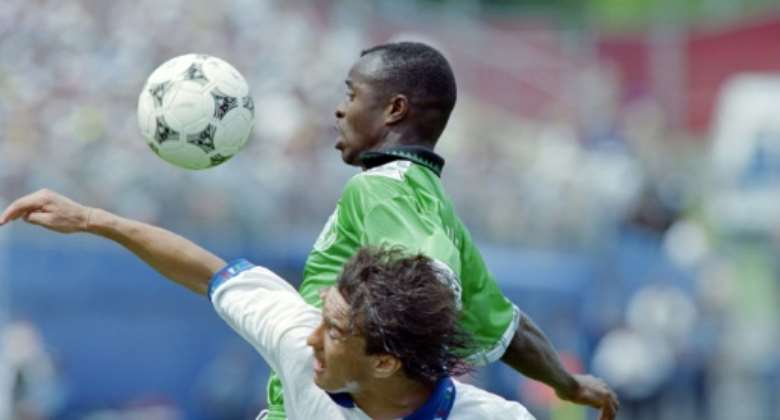 Orapa United from the diamond mining region of Botswana celebrated their greatest achievement in Africa by defeating Coton Sport of Cameroon 2-1 this weekend in a CAF Confederation Cup last-32 first leg.

Goals from Mbatshi Elias and Thabang Mosige earned the "Ostriches" victory over opponents who reached the semi-finals last season in the African equivalent of the UEFA Europa League.

Coton have also been African competition finalists twice, losing to Raja Casablanca of Morocco in the 2003 CAF Cup and to Al Ahly of Egypt in the CAF Champions League five years later.

But they were not expected to trouble Coton -- even in Botswana -- given the impressive African pedigree of the Cameroonian club from northwestern city Garoua.

Souaibou Marou cancelled two minutes into the second half the half-time lead Elias had given United at the National Stadium in Gaborone, 530 kilometres (330 miles) southeast of Orapa.

But Mosige restored the lead for the hosts just past the hour mark and they held on for a victory ahead of the return match in central Africa next weekend.

If Orapa survive, they would go into a two-leg play-off against a CAF Champions League last-32 loser during November and December with a group-phase place up for grabs.

Vita Club from the Democratic Republic of Congo have been even more successful than Coton, reaching two CAF Champions League finals and winning one.

It could have been even worse for the Kinshasa outfit as they had a man sent off in the second half when trailing to two goals from Celimpilo Ngema, who also netted twice at home in the preliminary round.

But Congolese Erick Kabwe halved the deficit eight minutes from time to lessen South African hopes of an overall victory after the return match next weekend.

Marumo became a top-flight club only last year, buying the franchise of cash-strapped Tshakhuma Tsha Madzivhandila (TTM), and then defying the odds by lifting the South African FA Cup.

Other ties involved four former African champions and they experienced mixed fortunes with two victories, a draw and a loss.

JS Kabylie of Algeria won 1-0 away to FAR Rabat of Morocco in a clash of ex-title winners and Enyimba of Nigeria edged Diambars of Senegal 1-0 near Dakar under new coach and former national star Finidi George.

Orlando Pirates of South Africa forced a 0-0 draw with Diables Noirs of Congo in Brazzaville, moving the Soweto Buccaneers closer to a second successive appearance in the group phase.