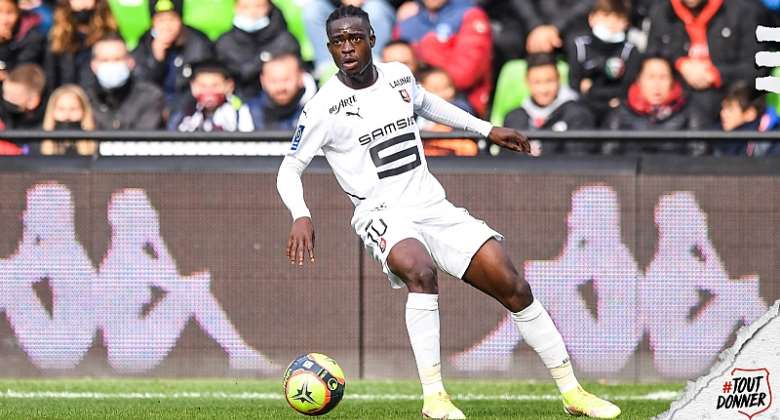 In-form Ghana forward, Kamaldeen Sulemana got his name on the Stade Rennais FC scoresheet on Sunday afternoon when the team defeated FC Metz 3-0 in the French Ligue 1.

The teenage sensation has been in tremendous form this season and earned a lot of praise prior to the international break when he was invited to feature for his national team in the 2022 FIFA World Cup qualifiers.

In matches against Zimbabwe home and away, Kamaldeen Sulemana displayed his quality in fine fashion as he helped the Black Stars to record two wins against the Warriors of Zimbabwe.

On his return to Stade Rennais, he earned a starting role today when his club visited Stade Saint Synphorien to take on FC Metz on matchday 10 of the ongoing French Ligue 1 season.

Continuing his fine form, Kamaldeen Sulemana tormented the defenders of the hosts with his pace and dribbling as he went on to score in the 37th minute.

Courtesy of additional goals from Gaetan Laborde and Martin Terrier, Stade Rennais FC cruised to a massive 3-0 win at the end of the contest.

On the matchday, Kamaldeen Sulemana lasted 68 minutes of the game and bowed out with a high rating of 7.8.