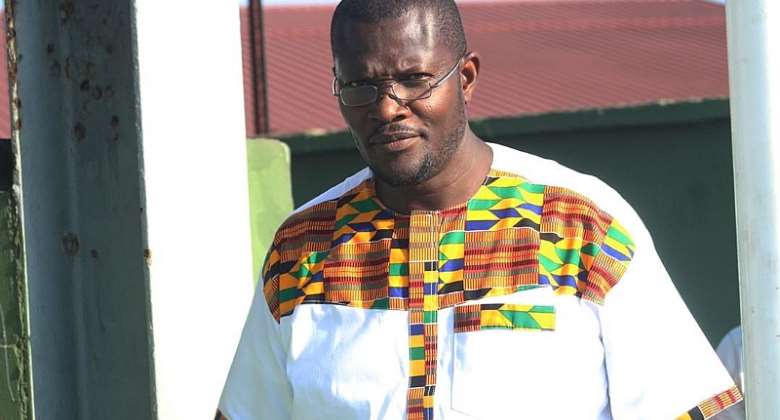 Ever since the Ghana Tennis (Association) now Federation started electing custodians to steer the affairs of the Federation, the electoral college has been made up of the Regional Associations and the executive board. Members of the Executive Board keep their votes at the same time as they contest for positions. That must change before the next elective congress.

As if that is not unfair enough, members of this current executive board are now pushing to disenfranchise the Regional Associations. Their argument is that the clubs rather than the Regional Associations should wield the power to elect executives to steer the affairs of the Federation. This will be a travesty of justice which posterity will judge us for should we allow that to happen. The sad part is that these machinations are being done in secret making this current executive board more closed than China under Mao or the USSR under Stalin. Giving clubs power over Regional Associations simply nullifies the role of the National Sports Authority where the Regional Sports Directorates derive their powers from. It’ll amount to nothing but turning a working system on its head. If we are serious about building a Federation which future generations will be proud of and happy to build upon, then changes must go through the AGM to be debated upon and a consensus reached before it becomes the rule. Here is my argument against giving the clubs more power than the Regional Associations: The National Sports Authority and by extension the Ministry of Youth and Sports runs sports in the country. The NSA has Regional Sports Directorates that works with Regional Sports Associations. Is Tennis going to be the renegade sport to depart from the umbrella of the NSA? We live in a country where only Accra enjoys the greatest number of clubs. Then maybe Western Region and Ashanti. Will this be fair enough for Regions like the Upper East and West Regions where they have only one club?

Supporters of this change are showing a lack of understanding of what a FEDERATION is as well as the hierarchy of tennis bodies.

A Federation is “an organization or group within which smaller divisions have some degree of internal autonomy.” The clubs are not organized to have internal autonomy. The clubs are recreational places for social tennis primarily. The ITF which is the World Governing body of Tennis derives its power from the National Associations NOT a subset of the National Associations. Therefore, National Associations EVERYWHERE in the world derive their powers from the highest geographical and political demarcations of their respective countries. In the United States, which is by far the country with the most tennis clubs, Academies etc., the USTA is made up of 17 individual sections, each representing distinct geographic locations throughout the U.S. and all working to support players and promote the growth of the game across the country. The 17 sections are each comprised of individual districts. Clubs, Academies etc are all under the Sections. The Sections are just like our Regional Associations. If the club system works, then the USA will have had that system in place long ago. It simply will bring unneeded chaos. What needs to be done to improve and promote Tennis in Ghana, in my opinion, is simply an up and doing board that cares about all the Regions not just Accra. One that understands the place of Social Tennis as the hub for developmental tennis. Regional Associations should be strengthened to oversee all things tennis within their respective regions and help the clubs. They will in turn buy subscriptions into the National Federation which will in turn support the Regional Associations with the People, the Places and the Programs needed to support tennis. This however is not going to happen until

Regional Associations are given a reason to buy into a national membership subscription. Many foundations and the ITF have donated equipment etc to the GTF. This equipment’s especially rackets have been in storage in Accra for years. Yet my recent travels around the country revealed that the ratio of junior players to rackets is 8:1!!! How can we develop and preserve the sport with such a ratio? We just had abysmal performances in BJKCup and Davis Cup yet we have not started planning or practices for these National Teams so they can be prepared come next year. Are we going to wait until the 11th hour again so we can fail? We have a 12 and under team about to go to Togo. We do not have a single girl to represent a country of 30 million people!!! These are the most important issues, not a constitutional review to tilt votes in an individual’s favor to win elections. #advantageGhana

In a few months, the mandate of the various committees would end. Can we honestly say that these committees have done work to move the agenda of this administration forward? These are the issues that need to be addressed not a constitutional review. I have sent a petition to the Legal Committee to push for an AGM. Per the constitution, a notice of such must be sent out at least 20 days before the AGM. Even if the notice was sent out today, that will put the AGM 2 clear years since the inauguration of this administration. What exactly is this administration doing to improve tennis in the country?

While it is no secret that I contested the presidency in 2019, the motive behind my constant criticism of this administration is to hold them accountable for promises made to stakeholders.

As this missive has outlined, clubs cannot take the place of the Regional Associations.

If clubs want to form an association like GHALCA has in football, that’s a whole different beast. For now, let’s strengthen what is in existence and make it work.