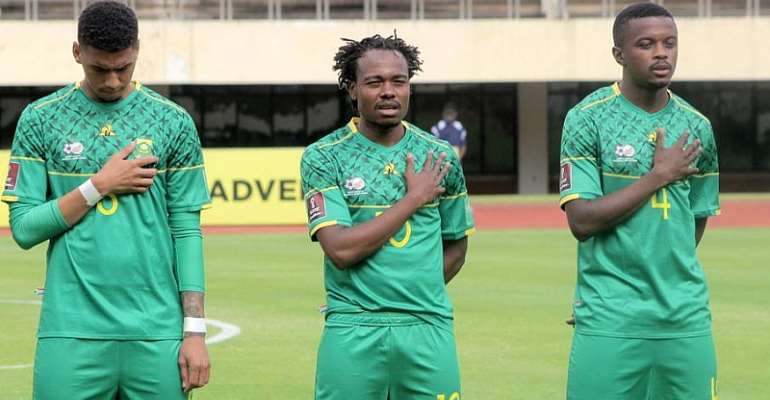 Bafana Bafana will be without influential star Percy Tau for their 2022 Fifa World Cup qualifiers against Ethiopia next month.

Bafana coach Hugo Broos named his final 23-man squad comprised of youth and experience. Tau misses out due to the injury he sustained in the qualifier against Ghana. But the coach importance of the player, saying if he gets called up, it is so that he can play and not to sit on the bench.

The coach said his selection was not based on giving our presents but form and the right attitude from the players.

Bafana Bafana face the East Africans in back-to-back matches with the first match penciled for 9 October in Ethiopia while the return leg will be played at FNB Stadium on 12 October 2021.

Broos has named almost the same side that played Zimbabwe away at the National Sports Stadium and against Ghana at home.

South Africa lead Group G standings with four points from two games and the coming two fixtures against Ethiopia will be critical if Bafana Bafana are to qualify for Qatar 2022.

On his appointment, coach Broos said he was going rebuild a new Bafana Bafana side with long term plans. He has stuck to his promise with a number of new players being named in the senior men’s national team.