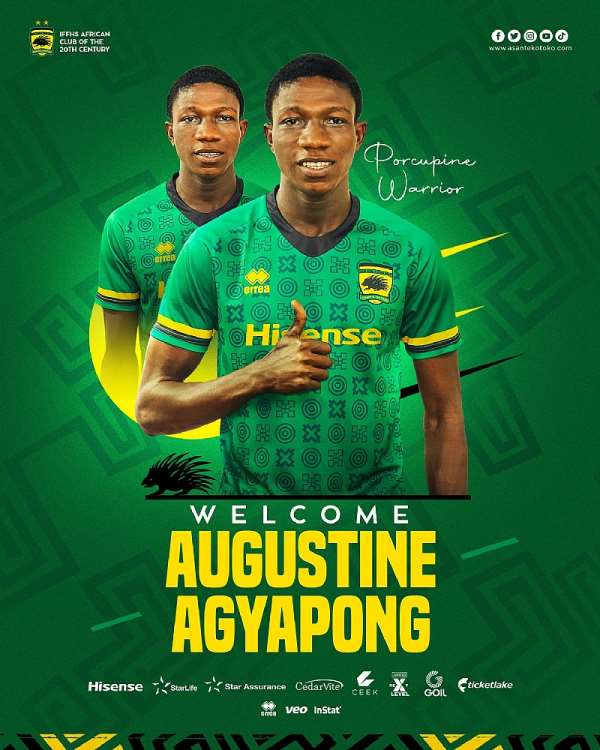 The Kumasi-based club in the past month has been working on bringing in players to strengthen the squad of the team for the upcoming 2021/2022 football season.

Today, Asante Kotoko in an official announcement on its Twitter page has announced that it has signed defender Augustine Agyapong from lower-tier outfit Delsanco FC.

“We're delighted to confirm the signing of 17-year old versatile defender Augustine Agyapong on a four-year deal from Delsanco FC,” a statement from the club has said.

Augustine Agyapong’s signing is the third by Asante Kotoko in the last 24 hours. On Sunday, the club secured the services of talented forward Isaac Oppong and defender Samuel Appiah.