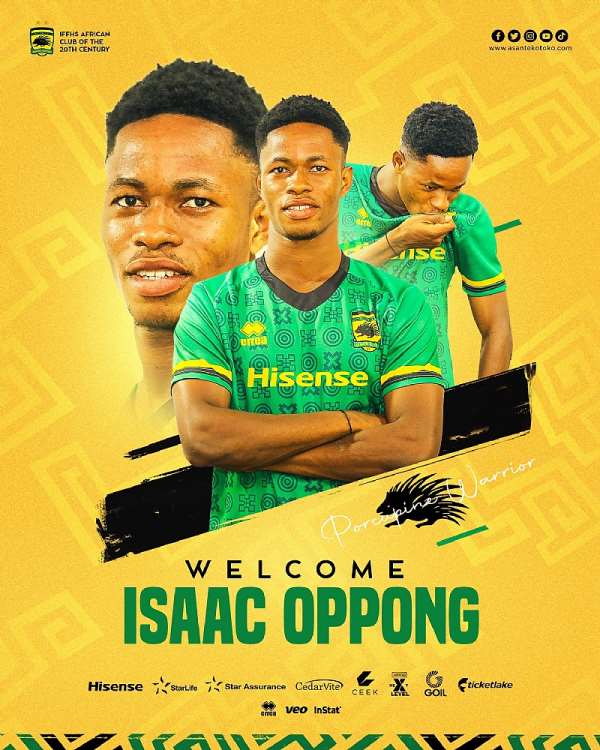 The Porcupine Warriors club has already commenced pre-season training and are keen on presenting a formidable squad for the new season.

As a result, officials have in the last few weeks been working in the background to bring in players that will help new head coach Prosper Narteh Ogum to succeed.

In a post on the Twitter page of Asante Kotoko on Sunday night, it has announced that it has successfully signed Isaac Oppong.

The attacker who is popularly known as ‘Sunyani Neymar’ has joined the Reds with a lot of potential and is already tipped to take the Ghana Premier League by storm next season.

Last season in the Division Two League, the teenager made 17 appearances for Bectero Sassana FC where he scored 22 goals and also provided 11 assists to help the team in the Sunyani Zone.