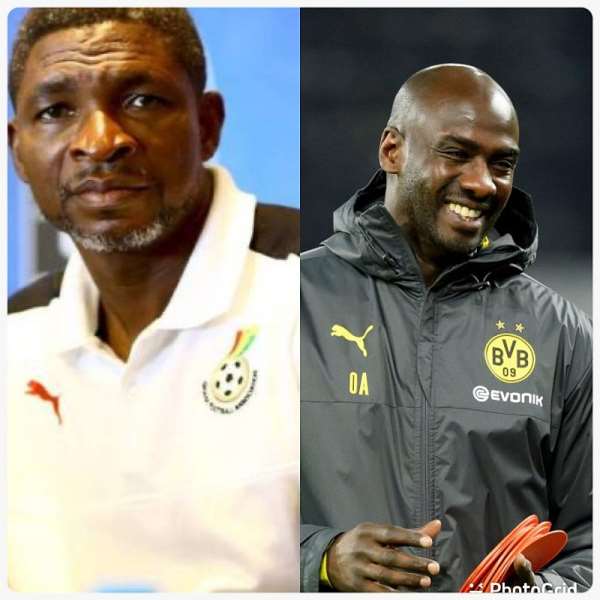 The Ghana Football Association (GFA) on Friday, September 24, 2021, announced the appointment of Maxwell Konadu and Otto Addo as new assistant coaches of the Black Stars.

The football association of the West African country in the past week has been on the hunt for a new head coach to replace coach CK Akonnor who was sacked after the Black Stars lost 1-0 to the Bafana Bafana of South Africa in the 2022 FIFA World Cup.

At the end of the process, the GFA has today announced that it has appointed Serbian tactician Milovan Rajevac as the new head coach of the senior national team of Ghana.

He will be assisted by Ghanaian tacticians Maxwell Konadu and Otto Addo. The two are currently working with Legon Cities FC and Borussia Dortmund respectively but have accepted to deputise the new head coach.

All three coaches have started work immediately and will be in charge when Ghana takes on Zimbabwe in the 2022 FIFA World Cup qualifiers in October.