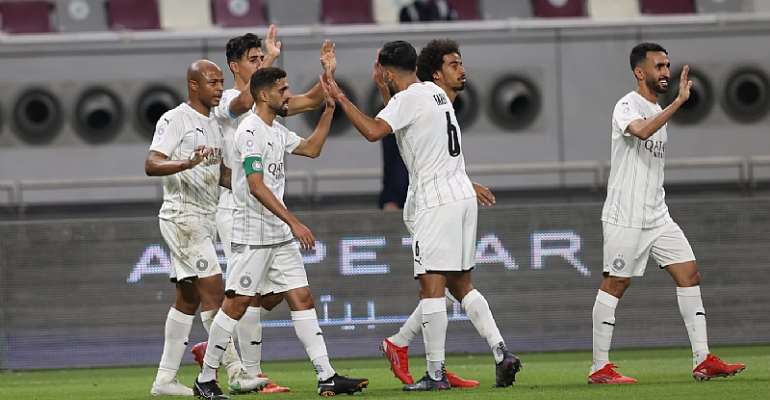 Ghana international, Andre Ayew equalized with a thumping effort on Wednesday evening to help Al-Sadd SC to record a 4-2 away win against Al-Rayyan in the Qatar Stars League.

The experienced forward netted his debut goal for the defending Champions in their last match against Qatar SC.

Now booming with a lot of confidence, Andre Ayew displayed top form today when he was handed a starting role to feature for Al-Sadd SC when the team played as a guest to Al-Rayyan.

The Black Stars captain linked up play with his attacking teammates to the delight of his manager and scored in the 24th minute on the back of a fantastic team play.

On the matchday Hassan Al-Haydos, Baghdad Bounedjah, and Akram Afif netted the other goals for Al-Sadd SC while Hashim Ali Abdullatif and Abdullatif Hatem grabbed the consolation goals for the home team.

Today’s goal for Andre Ayew means that he has two goals after making three appearances for Al-Sadd SC in the Qatar Stars League.