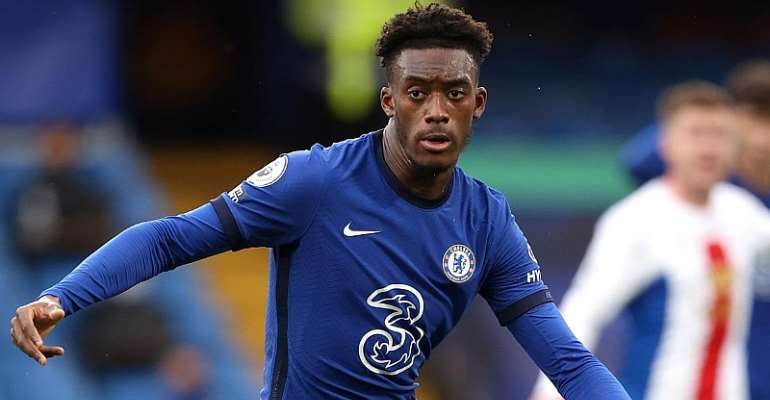 Former Chelsea winger, Shaun Wright-Phillips has urged youngster, Callum Hudson Odoi to leave the club to prove his worth.

The 20-year-old has made just one appearance, starting on the right-wing in the 3-0 win over Aston Villa this season.

Hudson Odoi has been linked to several clubs with Liverpool emerging as the latest club to express interest in the winger.

And according to Wright-Phillips Hudson-Odoi must leave Stamford Bridge if he wants to fulfil his potential.

"I think whether he decides to realise his full potential or stick to being a fringe player is totally down to him," Wright-Phillips said in an interview with Metro.

"If he wants to be in and out of the team and play a role that he is doing now, then you stay at Chelsea.

"But, if you want to play regular football and show everyone why Bayern Munich were thinking about buying him, then he’s going to have to walk away and prove to people how good he is."

Wright-Phillips spent four seasons with Chelsea between 2005 and 2008, winning a Premier League title and an FA Cup, before returning to Manchester City.

Hudson-Odoi has won a Champions League title and a Europa League title but has never asserted himself in a starting XI.

Hudson-Odoi was linked with a deadline day move to Borussia Dortmund this summer but it did not materialise.

13 Nigerians who engaged Police in gun battle at Weija reman...
33 minutes ago