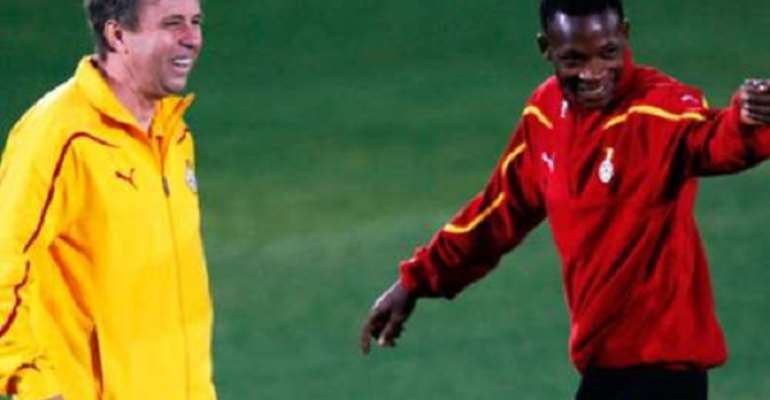 John Paintsil, a former Black Stars defender beleives it will take a miracle for Milovan Rajevac to steer Ghana to secure World Cup qualification should he be re-appointed.

The Serbian trainer is in the running to be named the next Ghana coach following the sack of CK Akonnor last week.

Should he be re-appointed, Rajevac's first game will come against Zimbabwe on October 6 at the Cape Coast Stadium.

Speaking in an interview with Accra based Angel FM, Paintsil says the “timing is wrong” and “it will only take a miracle to help him qualify this team”.

“If it is true Milo is taking over the job then I say the timing is wrong because how well does he know this current team," he said.

"Our time was different because all the players were already made and it will only take a miracle to help him qualify this team,” he said.