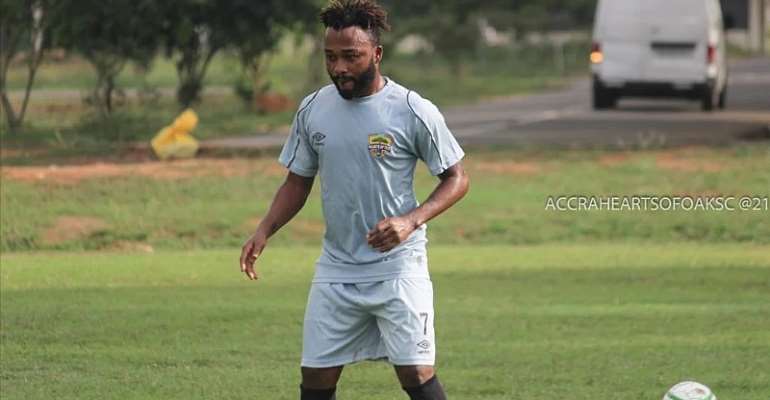 Hearts of Oak have disclosed that new signing Gladson Awako has been missing in action because he is experiencing some personal difficulties.

According to the club, it is expecting the former great Olympics forward to sort out all his issues and join his teammates to prepare for upcoming assignment very soon.

“Our recent signing Gladson Awal has experienced some difficulties that have prevented him from playing football and starting for Hearts of Oak.

“The club expects him sort out those difficulties soon so that he can rejoin his colleagues and resume playing football,” an official Hearts of Oak statement said on Tuesday evening.

The release of the statement became necessary following speculations that Gladson Awako is considering quitting Hearts of Oak.

Several reports in the past week has claimed that the highly-rated attacker is fearful for his life after having so many nightmares since he signed for the Phobians.

Reports have it that Awako is ready to make a refund of his signing-on fee and will do all he can to leave Hearts of Oak before the 2021/2022 football season commence.

Read the Hearts of Oak statement on the matter below: