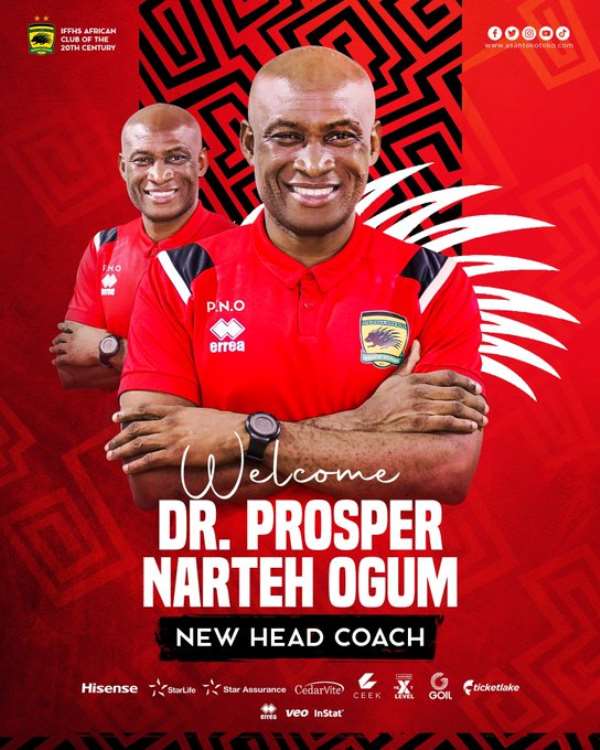 Newly appointed Asante Kotoko head coach, Prosper Narteh Ogum has promised to do his best for the club.

The 43-year-old replaces Portuguese trainer, Mariano Barreto, who mutually parted ways with the club on Friday after just six months in charge of the club.

Ogum joins the Porcupine Warriors on a two-year deal from West Africa Football Academy [WAFA] ahead of the 2021/22 Ghana football season.

Following his appointment, Ogum has vowed to help do his best for the club.

"I am awfully grateful for this opportunity to serve such a great club Kumasi Asante Kotoko," he shared on Twitter.

"Thanks to His Royal Majesty Otumfuo Osei Tutu II, the Board, Management, and Supporters for reposing trust in me.

"I will do my best to make Kotoko the best club in Ghana, Africa, and the world," he added.

Narteh Ogum will be assisted by David Ocloo and John Eduafo.