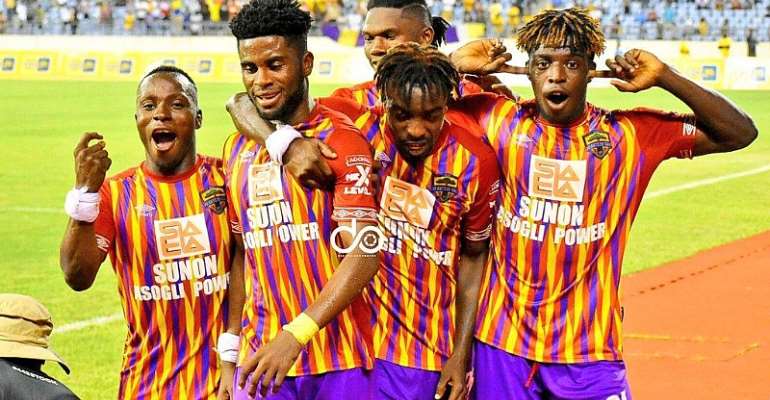 Coach Samuel Boadu has announced Hearts of Oak squad for their CAF Champions League preliminary round game against CI Kamsar on Sunday.

The Ghana Premier League champions will host the Guinean side at the Accra Sports Stadium in a crunchy one-off clash.

The Phobians will be without new recruit, Awako Gladson due to a short illness while striker, Obeng Junior has still not recovered from the injury he picked up last season.

The full squad registered for the 2021/2022 CAF Champions League will be available for selection on Sunday save the players mentioned above.

Caleb Amankwah could not train on Monday but was able to shake off the knock he picked up against newly promoted side, Accra Lions last Sunday. He resumed training with the team on Tuesday and trained for the rest of the week.

The game has been scheduled to kick off at 15:00GMT. The game is expected to be played behind closed doors.

Below is a full list of the squad for the game.