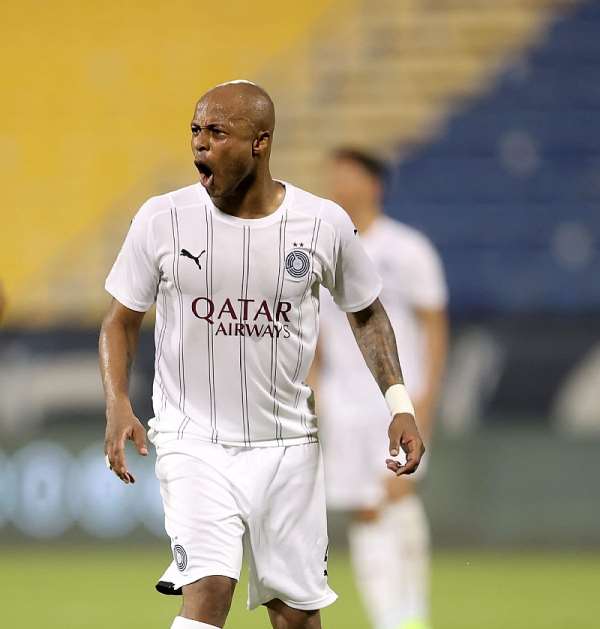 Ghana captain, Andre Ayew equalized with a spectacular effort on Thursday afternoon to inspire his Al-Sadd SC side to come from behind to defeat Qatar SC 3-1.

The attacker and his teammates played as visitors to Qatar SC today in a matchday two encounter of the 2021/2022 Qatari Stars League season.

Operating mostly from the right flanks, Andre Ayew appeared in fantastic form and caused all sorts of trouble for the defense of the home team.

In the second half while Al-Sadd SC trailed by a goal to nil courtesy of a strike from Sebastian Soria in the 38th minute, Andre Ayew stepped up and scored what will go down as a memorable goal for his new club.

He received a pass on the flanks, dribbled past his marker, moved away from another defender before firing an unstoppable shot into the back of the net of Qatar SC.

Later in the game, goals from Guilherme Dos Santos Torres and Baghdad Bounedjah powered Al-Sadd SC to secure all three points with a delightful 3-1 win at the end of the game.