What next after C.K. Akonnor's dismissal? 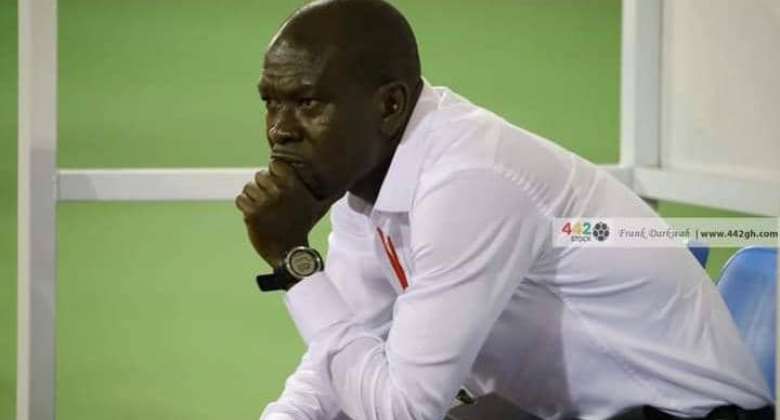 C.K. Akonnor's sacking has brought a great deal of relief to many who felt he was not ripe for the job and that, he needed time to hone his coaching skills before being handed the burdensome Black Stars job.

C.K. Akonnor punched above his weight by accepting the job. This is a job that comes with enormous pressure irrespective of whoever is in the dugout. Since the team is the heartbeat of the nation, fans are ever ready to make mincemeat of anyone they deem unfit to handle the team especially if results are not going as expected.

He could have just saved himself the bashing if he had politely rejected the offer and explained to his former employers that he was not adequately prepared in order to bid his time for the big role.

The Ghana Football Association severing ties with C.K. Akonnor did not come as a surprise. The writings were on the wall as a result of the bad performances on the field of play. He shot himself in the foot by further consistently inviting undeserving and underperforming players who deepened his woes.

The GFA on the other hand also contributed to C.K. Akonnor's failure. What informed their decision to appoint Akonnor as the coach? Was it to make him their puppet or yes man? Did they purpose in their hearts to set him up to fail to know very well he was miles away from such a tough job that demands capable hands? Was it also that the asking price for competent coaches was exorbitant, consequently, the need to make do with C.K? These are teething questions that the FA needs to answer.

You don't hire a coach who does not tick all the boxes and expect him to deliver impeccable performances. You would obviously get what you bargained for based on your financial clout and expectations.

Rumours also have it that the imposition of players on coaches in the past reared its ugly head again and this in some way hindered C.K. from carrying out his duties diligently. The FA President is reported to have said that the days of old where coaches were given the room to operate are over and that the FA also have a say and are part of the selection process into the team. This clearly shows that C.K. was not his own man. C.K. was used as a pawn to achieve some parochial interests of the powers that be. Why suddenly turn around and blame the coach and pretend their hands are clean? The FA body has to be told in plain language that, they have failed the good people of Ghana.

Going forward, the team needs a good and strong-willed coach who will not acquiesce to the whims and caprices of the powers that be. In this regard, I doubt there is a local coach currently who has the testicular fortitude to withstand the pressures that come with managing the Black Stars.

Also, there should be clear cut selection criteria for the team which must be carried out religiously. The days of inactive players using the Black Stars as a launchpad to relaunch their careers are over, for it the reason the performance of the team has sagged.

The FA should allow coaches they have employed to do their work in peace without regular interference. They should restrict themselves to administrative duties that they were elected to do.

Enough of the bastardization of C.K. Akonnor. All is not lost because he has the opportunity to go out there to add value to himself and return as a better coach to handle the team someday in the future.

Supporters should lower their expectations as regards the current team. We do not possess the materials that made the team the cynosure of all eyes in 2006 and 2010. They should not be downhearted should the team miss out on the World Cup. It is an opportunity to retool the team in all departments. There is no need to paper the cracks in the team, else the team will be exposed when the going gets tough.

Hottest Photo Reports
Catch up with all the political quotes from our politicians.
Advertise here
More Opinion
ModernGhana Links
Ghanaians must get used to not being top dog in African football
2021 AFCON Cameroon: Playing football in the shadow of a rebellion
Lukaku Chelsea Inquest Must Be Fair
Ekow Amoasi writes: Thank you Milovan Rajevac for the Black Stars provisional squad but ‘uncompetitive’ Philemon Baffour didn’t merit a place and must not make the cut to Cameroon
Same taste of Milo, renewed World Cup hope
Release the scandalous match-fixing report now, GFA!
Open Letter to Regional Associations and Legal /Constitutional Committee of the Ghana Tennis Federation
If the centre does not hold, Milo will fall apart
The Return of Milo: A Spent Force or A Force To Reckon With?
TOP STORIES

E-levy consultations: Ofori-Atta is a soft-spoken liar – Ban...
42 minutes ago