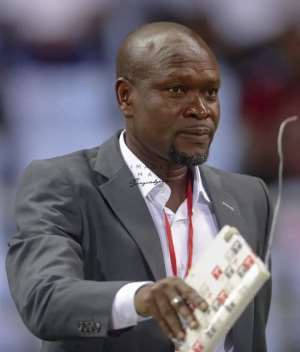 Akonnor's side who struggled to secure a 1-0 win over Ethiopia in their 2022 World Cup qualifier opening game o Friday were hosted at the FNB Stadium on Monday.

With a number of key players missing because of Covid-19 restrictions, the Black Stars were outplayed and were fortunate to concede just one goal.

South Africa despite dominating and creating the best chances scored in the 84th minute when Bongokuhle Hlongwane connected a low cross from close range to secure victory.

The defeat is a major setback in Ghana's bid to return to the World Cup as they now sit a point behind new Group G leaders South Africa, and Ghanaians want Akonnor sacked.

'Sack CK' is among the top trends Twitter Ghana with over 1,100 tweets, all calling for the Akonnor to leave after just one and half years in charge of the senior national team. Akonnor replaced Kwasi Appiah who was relieved of his duties at the end of December 2019.

See some of the tweets below:

No one is above the law except the President - Oliver Barker...
25 minutes ago