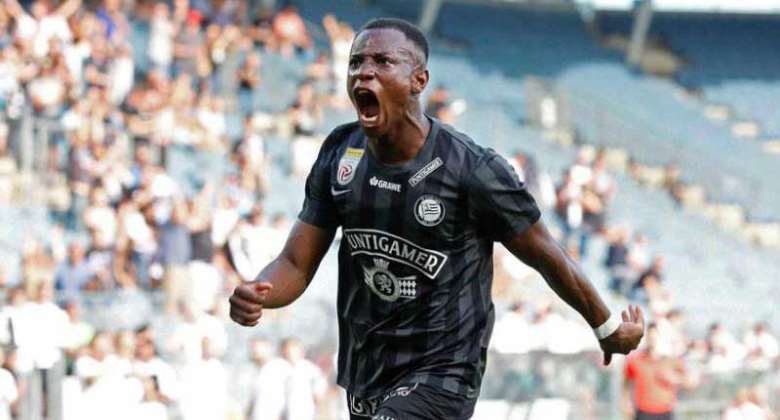 Italian-born of Ghanaian descent, Kelvin Yeboah has rejected a call up to play for the senior national team, the Black Stars.

The enterprising forward was named in Ghana's squad for the 2022 FIFA World qualifiers against South Africa and Ethiopia scheduled for September.

However, Yeboah has been included in Italy's U-21 squad for their 2023 European U21 Championship qualifiers against Montenegro and Luxembourg next month by coach Paolo Nicolato, who is the coach of the side.

The list released by the manager on the Italian Football Federation website has the Ghanaian named among the attackers.

He was born to Ghanaian parents in Accra but moved to Italy at age 10 with his family.

Yeboah is currently rated among the best U21 centre-forwards in European football following his exploits in the Austrian Bundesliga with Sturm Graz.

He has managed to score six goals and provided three assists in eight games in the ongoing season.

Yeboah will still be eligible to represent Ghana in future despite playing for Italy at the U21 level.

NPP flagbearer race: Alan Kyerematen is coming, I'm not an e...
3 minutes ago

Agenda 111 delayed because of location disputes, but I will ...
11 minutes ago