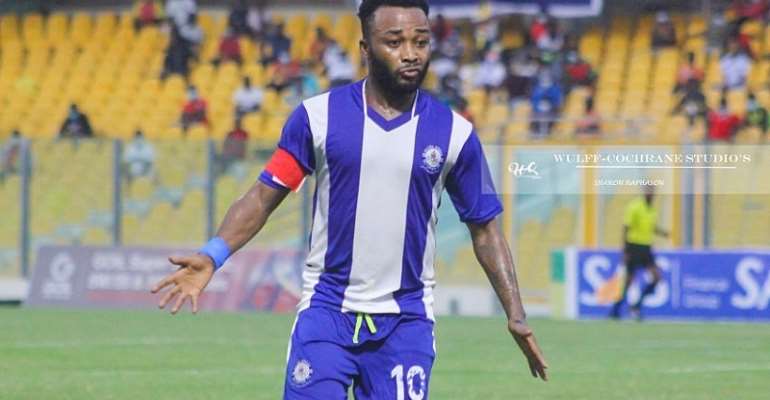 Accra Great Olympics head coach, Annor Walker has revealed both Hearts of Oak and Asante Kotoko rejected Gladson Awako when the midfielder expressed interest in playing for these clubs.

The former Berekum Chelsea returned to the Ghana Premier League prior to the start of the 2018/19 season.

Awako joined the Wonder Club as a free agent.
The silky midfielder has been a revelation in the just-ended season with Olympics.

“Both Hearts and Kotoko rejected him [Gladson Awako] before the start of the season," he told Asempa FM.

"They said he is an old man and though he can’t perform,” the Black Stars B coach added.

Awako has reportedly reached a deal with Hearts of Oak who will be representing the country in the 2021/22 Caf Champions League.