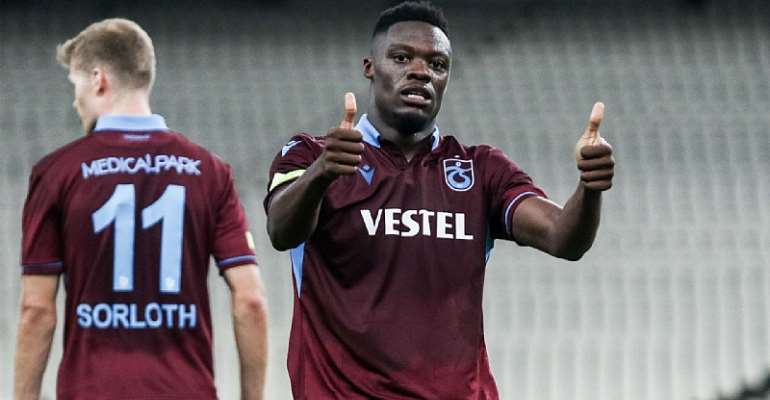 Ghana striker Caleb Ekuban is on the verge of joining Serie A side, Genoa, Footballghana.com has reported.

The former Leeds United striker is expected to sign a three-year contract with Italian side.

Ekuban has been strongly linked to a number of clubs in Europe following his explosive season with Trabzonspor.

It is understood Ekuban handed in a transfer request over the weekend to the Turkish Super Lig club.

Sources say the Italian club has reached an agreement with Trabzonspor for the transfer of the player for a fee believed to be in the region of 2.2 million euros.

The 27-year-old is expected to travel to Italy to undergo a medical ahead of the signing of the deal.

Caleb Ekuban has previously played for Chievo Verona as well as Leeds United.

Awutu Senya East: One injured as NPP supporters of outgoing ...
55 minutes ago