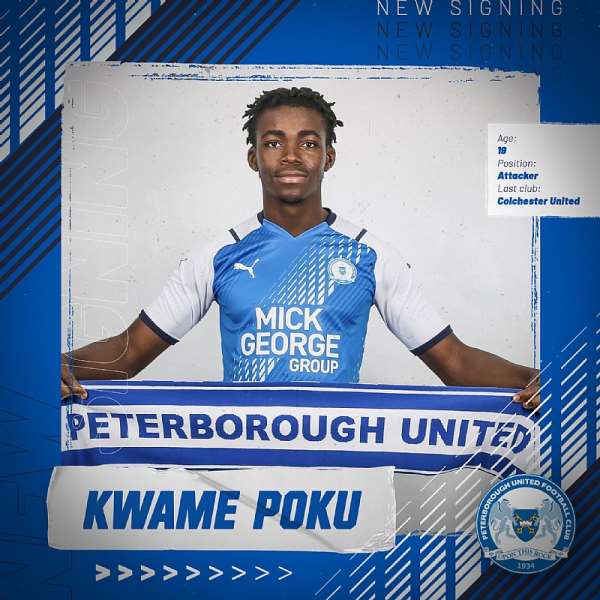 English Championship outfit, Peterborough United have announced that they have completed the signing of Ghana midfielder Kwame Poku.

The teenager born in England in the last three years has significantly improved his game while playing in the lower-tier leagues.

Particularly at Colchester United FC, he has been a bright prospect in the past year and as a result earned his maiden call-up to play for the Black Stars of Ghana.

Today, he has moved up in the league ranks after signing a long term deal with English Championship newcomers Peterborough United.

“We are delighted to confirm the signing of Colchester United FC starlet Kwame Poku for an undisclosed fee. The 19-year-old has penned a long-term contract…,” an official statement from the Championship club said on Monday.

In the past, the talented 19-year old has played for other English lower-tier clubs including Cray Wanderers as well as Worthing.

At Peterborough United, he is expected to provide a squad boost for the side in the 2021/2022 football season and will also hope to play regularly to continue his development.