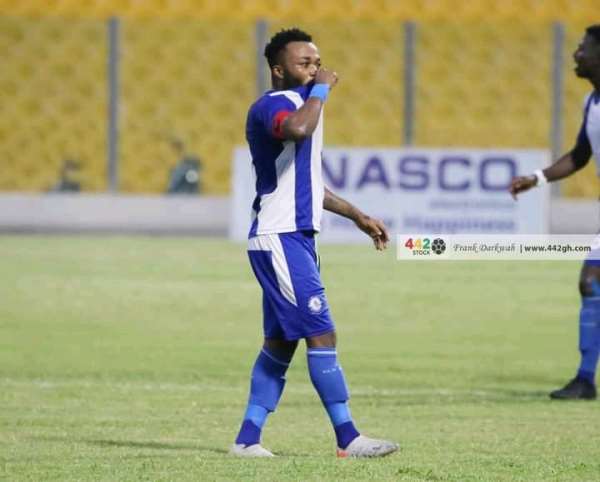 General Manager of Great Olympics, Oluboi Commodore has said Gladson Awako, who is the captain of the side cannot play for any team in the country despite the interest from multiple clubs in the local top-flight.

The former Berekum Chelsea and TP Mazambe midfielder has been strongly linked to Hearts of Oak this summer.

The Phobians are seeking to improve their team ahead of the 2021/22 Caf Champions League after emerging as the winners of the 2020/21 Ghana Premier League.

Awako – who per his current contract status is free to negotiate with suitors without the involvement of Olympics.

But Olympics officials, in a reaction, are confident they can convince the 30-year-old to extend his contract or in the worst case, transfer him to a club abroad in the summer transfer window other than strengthening their domestic rivals.

“Hearts of Oak has not written to Great Olympics for the services of Gladson Awako and his contract runs down in few months," Commodore told Silver FM.

“The player cannot play for any team in Ghana unless a foreign club after his contract has expired in October,” he added.

Meanwhile, multiple reports emerged that the midfielder had sealed terms for a two-year contract with the Phobians, a deal that will see him earn about double his current salary.

Awako has spent two seasons with the Dade Boys since deciding to return to domestic football – the 2019/20 campaign and a successful outing in the about-to-end 2020/21 season.

He captained Olympics to a sixth-place finish in the 2020/21 Ghana Premier League. He scored 7 goals including a free-kick strike against the Phobians and made six assists in 31 appearances.

Gladson Awako was named NASCO Player of the Month once while winning four man-of-the-match awards.