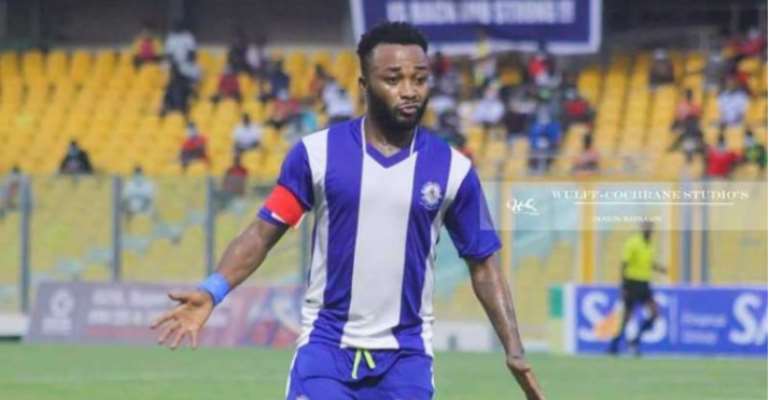 Accra Great Olympics star man, Gladson Awako is out of contract this October and has already sorted his future elsewhere with a sensational move to city rivals Hearts of Oak.

The experienced attacking midfielder spent two seasons with the Dade Boys – the 2019/20 campaign and a successful outing in the about-to-end 2020/21 season.

Awako, our sources indicate, has sealed terms of a two-year contract to become the first signing of the league champions.

Footy-Ghana.com is further informed the 30-year-old will earn GH¢10,000 as monthly salary – double the amount he was on at Olympics.

The deal is a medical away from official announcement which is not expected until the Phobians complete their chase for the MTN FA Cup trophy.

Gladson Awako captained Olympics to a sixth-place finish in the 2020/21 Ghana Premier League. He scored 7 goals including a free-kick strike against the Phobians and made six assists in 31 appearances (2,790 minutes).

Awako was named NASCO Player of the Month once while winning four man-of-the-match awards.