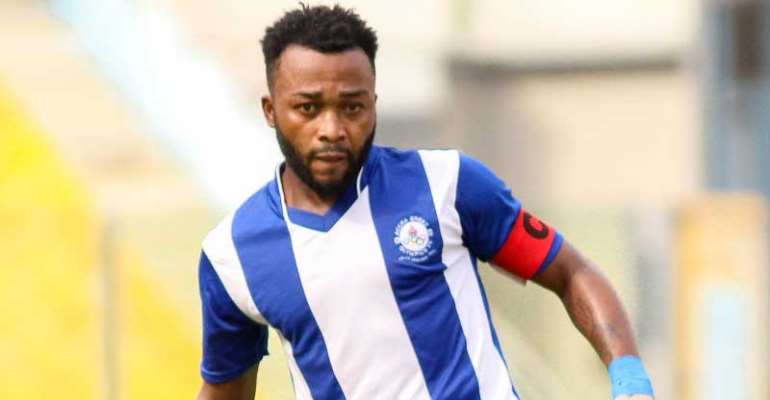 Modernghana Sports can report that Hearts of Oak have reached an agreement to sign highly-rated attacker Gladson Awako on a two-year deal.

The captain of Accra Great Olympics was outstanding for his team in the 2020/2021 Ghana Premier League season and finished as one of the best-attacking midfielders in the division.

In the last few weeks, he has been linked with a potential move to Hearts of Oak. Today, information gathered from Kumasi-based Oyerepa FM is that Gladson Awako has signed a two-year contract with the League Champions.

The attacker whose contract is set to expire next month in interviews last week confirmed his desire to join the Phobians.

At Hearts of Oak, the experienced player is expected to provide a major squad boost for the team as they gear up to play in the CAF Champions League next season.

In addition, the team will hope to be stronger in the 2021/2022 football season to have the chance to defend the Ghana Premier League title.