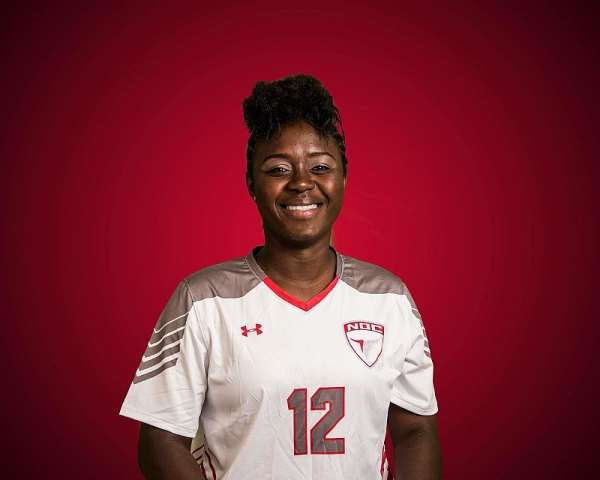 Ghana Black Queens striker, Gifty Ayew Asare has been robbed by thugs at East Legon over the weekend.

According to the striker, she was attacked around KFC.

Her wallet with an amount of money and her iPhone 12 was taken away by the thugs on Friday.

Gifty started her football career playing for PSK Soccer Queens Academy in Komenda. She joined Bafana Ladies (now Sealions FC) from 2011 to 2013 before moving to Samaria Ladies in Lapaz.

She later joined Blessed Ladies FC in the Ghana Women's Premier League in the 2014/2015 season.

In 2016, she gained a scholarship to further her education at the Northern Oklahoma College, where she played for the school's women soccer team, Lady Maverick F.C and won the Most Valuable Player Award in 2017.

She was also shortlisted for the All-American Third Team in their 2017 NJCAA Division One Women's League.

In 2017, she become the first professional footballer to take part in the Miss Ghana USA.

In 2014 she was assigned her first national duty to play for the Black Maidens ahead of the U17 World Cup hosted in Costa Rica but did not make the cut.

In 2017 she was called up by the then Black Queens coach Dramani Mas-Ud Didi in his 28-member provisional squad for camping ahead of an international friendly against France on October 23 in Paris.